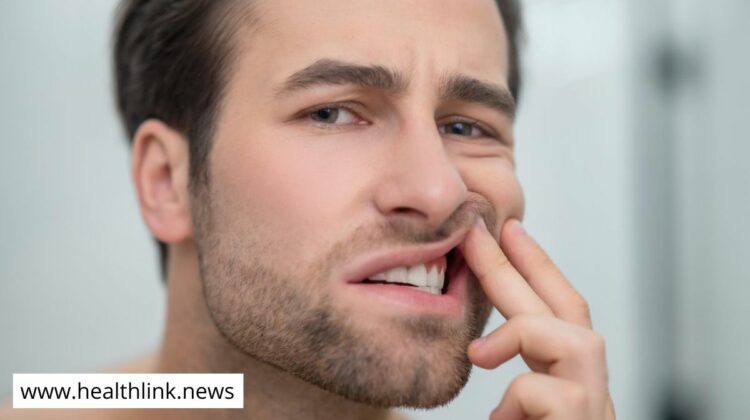 Gums that bleed after simple probing can be a sign of gingivitis, an early stage of periodontal disease. However, low levels of vitamin C may also be behind the problem. This can be remedied by increasing your intake of Vitamin C as said by the researchers. Daily brushing, flossing, and every-three-to-four-months cleaning of teeth will help prevent this condition. If you notice bleeding gums after brushing with your toothbrush, or if you notice any mild soreness in the areas around your teeth, talk to your dentist.

The study suggests that gum bleeding can indicate low vitamin C levels and may be associated with a decreased risk of gum disease. It further underscores the importance of eating foods that are rich in vitamin C and taking supplements to prevent these problems. Gum bleeding may be caused by low vitamin C levels not enough to cause scurvy, but close to the level of deficiency.

If you often experience gums that bleed when used to brush or floss, your vitamin C intake may be too low. The routine daily intake of vitamin C for adult men is 90 milligrams (mg). If you experience recurrent bleeding gums when you brush or floss, or if other signs and symptoms are present, your dentist may suggest that you increase your vitamin C intake. You can also increase your intake by eating more foods like kale, oranges, peppers, and kiwis, or from a daily 100- to 200-mg vitamin C supplement.

Most people know that it is important to brush and floss their teeth daily, but do they know how they can help reverse oral health issues like bleeding gums? Your gums may be in need of a little more care, new research suggests. In fact, low levels of vitamin C found in the bloodstream may be an underlying cause of bleeding gums. Researchers say brushing and flossing might not be enough to reverse this oral health issue.

Bleeding gums are often a symptom of underlying oral health issues, such as gingivitis or periodontal disease. It can also be associated with diabetes and immune deficiencies. In the early stages of gingivitis, gums may swell and bleed. If left untreated, these symptoms can worsen, causing the gums to pull away from the teeth, resulting in tooth and bone loss. A number of underlying causes can contribute to bleeding gums, including diabetes and immune deficiencies. Some lifestyle factors, such as smoking, may play a role as well. The new research found that inadequate vitamin C also known as ascorbic acid may be a contributing cause to better brushing and flossing habits between teeth and around the gums.

The study authors reviewed data, including clinical trials and a large study involving 8,210 individuals in the United States. This review and analysis of clinical trial data reveal that vitamin C deficiency is associated with an increased risk of gingivitis, bleeding in the mouth, and other factors associated with eye-related hemorrhaging. Vitamin C is believed to reduce the risk of gingival bleeding and tooth-related oral problems in some people.

If you are seeing your gums start to bleed, it could mean something serious is going on. Vitamin C deficiency is becoming more common and recent studies indicate that high levels of vitamin C in the body could help stop bleeding gums, retinal hemorrhaging, and micro bleeding in other parts of the body. Vitamin C is important in preventing colds, helping the body process iron, playing a role in bone health, and much more. But did you know it could also help your teeth? In a new study, researchers found that participants with low vitamin C plasma levels exhibited higher risk factors for gingivitis or gum bleeding. Researchers say the results could indicate that assessing vitamin C plasma levels and rectifying any deficiencies could reverse micro bleeding issues throughout the body.

The study findings do not indicate a direct relationship between increasing vitamin C levels and preventing strokes or other microvascular-related conditions. However, the current daily recommendations are designed to protect against scurvy and may be inadequate to prevent bleeding gums and other related microvascular issues. Although prescribing high doses of vitamin C may potentially be beneficial for some people, the study found that increasing vitamin C levels to more than five times the recommended value provided the best protection against bleeding gums, but there is still no clear-cut evidence that daily high-dose vitamin C supplementation is beneficial when it comes to preventing strokes and other microvasculature conditions.

When you see your gums bleed, the first thing you should think about is not that you should brush more. Instead, you should try to figure out why your gums are bleeding. And vitamin C deficiency is one possible reason. Find out the source of your problem and how much vitamin C you should take for good oral health. Before you go and take vitamin C supplements, there are a few things you should know about the effects of your tooth brushing.  A recent study by dentists highlighted that blood clotting differs from person to person, which can be attributed to genetics, health conditions, or nutritional intake. Since gums can bleed due to poor vitamin C status, it is important to make sure you have enough in your diet.

Vitamin C plays a critical function in many of the body’s functions. If you want to boost your intake of vitamin C, men should take 100 to 200 mg of this vitamin per day. For women, the recommended dosage is 75 to 150 mg per day. Supplementation seems to be more important for those on Paleo or other low carbohydrate diets, as foods incorporated with these diet plans may not contain enough of this essential vitamin.

Gingival bleeding is a sign of potential vitamin C deficiency and has been called many names. The actual cause of bleeding gums may be something completely different. Gingival bleeding, or bleeding of the gums, is a common symptom that many people experience. It can be caused by a number of different causes such as gum disease and periodontal disease. However, what many people do not realize is that it may also be caused by a vitamin C deficiency. Scientists have known for some time now that when you are deficient in vitamin C – your body simply cannot absorb the nutrient properly which can cause chronic gingival bleeding.

Gum bleeding is typically not serious. A person may notice some blood after brushing their teeth or flossing, which can irritate sensitive gums. The most common reason a person’s gums bleed is because of plaque or tartar build-up. These substances allow bacteria to grow along the gum line. Good oral hygiene can prevent sensitivity and bleeding. There are several ways to reduce bleeding gums and prevent the bleeding from coming back again such as: