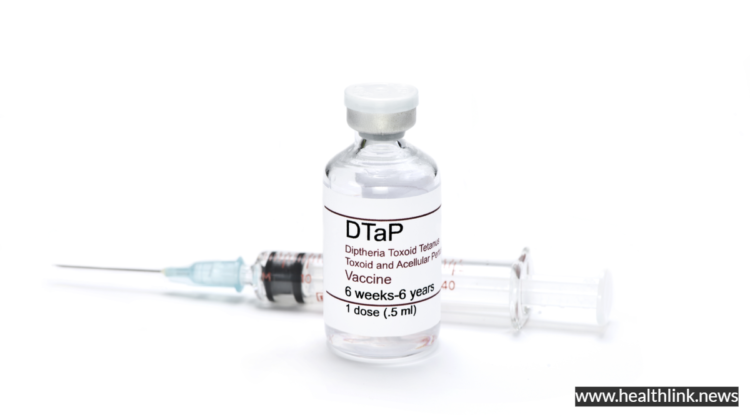 Pertussis is responsible for severe coughing in the case of infants, it is difficult to intake any food or drink and the result is pneumonia, brain damage, and death.

Diphtheria is a severe and deadly bacterial infection in which the membrane of mucous gets affected the most. The membranes of mucous are present in the nose and throat. The prolonged bacterial infection of diphtheria leads to death. That is why it is one of the deadly diseases one can encounter. Its serious or critical stage can damage, the heart, kidneys, and nervous system and later lead to death. One good thing about Diphtheria is that it is curable though it is not able to be intact with such disease. So the chances of death are very high if the right treatment with the right vaccination cannot be given to the person who is suffering from it.

Diphtheria symptoms started to exhibit after two to five days of exposure. These signs and symptoms can be described as:

In some cases, the infected person can only feel a mild illness or no illness at all. They have then termed carriers because they can transmit the virus to the rest who are prone to it.

What are the causes of Diphtheria?

When we talk about the causes of diphtheria, we come to know that as it is a bacterial disease so the reason behind would be some bacteria. The bacteria are named ‘bacterium Corynebacterium Diphtheria’. The bacteria grow and multiply themselves in the region near the throat or the skin.

How does it spread?

Diphtheria is a bacterial infection, and it is highly communicable. When the person who is infected, sneezes or coughs, he or she may release it in the nearby surroundings. The bacteria then remain in that area in the form of contaminated droplets which are not visible but present in the surroundings. And somebody who is not infected gets infected in that way as he will inhale that air. Another method by which it gets spread is the direct contact with the objects and surfaces used by the infected person. So, when someone is nursing the patient, it is more likely that without the proper care he might get infected as well.

Who gets affected the most?

People who get affected or under high risk of getting diphtheria are:

What are the complications faced by the infected person?

The severity is that if the toxins can damage the nerves responsible for the motor skills then the person becomes paralyzed and needs some mechanical assistance to breathe.

If you or your loved ones are exposed to diphtheria, you need to call the doctor immediately. And if the vaccination is not done yet, you need to schedule an appointment for that on the very hand.

Tetanus also comes in the category of a serious disease that can result in death if not treated properly. It directly affects the nervous system, and it is caused by bacteria hence it is a bacterial disease. Tetanus is commonly known as lockjaw.

Tetanus can be life-threatening because there is no cure for it. Treatment will be conducted with proper medication until the signs and the toxin gets reduced or resolved from the infected person. The symptoms can appear after the time of 3 to 21 days, and it is known as the incubation period. Moreover, the region which gets affected or targeted is the jaw and then it progresses into the whole body.

Tetanus is of two types:

One more important thing about tetanus is that it is not communicable.

Symptoms the symptoms responsible for Tetanus can be categorized as;

The severity can cause painful seizure-like spasms and they last for several minutes.

The spasms caused minor events that stimulate the senses.

What are the causes of Tetanus?

Tetanus is a bacterial disease, and it is caused by the bacteria named Clostridium tetani.

This bacteria can survive in different places such as soil and on animal faces.

When it enters the wound, bacterial growth starts. While growing they produce toxins, and this toxin impairs the muscle’s nerves.

What are the problems caused by tetanus?

The complications or the problems which are caused by the tetanus are as follows;

As we all know tetanus is life-threatening, if the person thinks or finds the signs and symptoms, he needs to call or consult with the doctor.

If the person is exposed to such an incident where the chances of getting tetanus are present, he needs to take certain measures. He needs to treat the wound, and then have a tetanus shot to prevent the infection.

Call the doctor and schedule an appointment for the tetanus shot. If the wound is punctured, large or if there is some foreign object in it then you need to call the doctor.

Pertussis is often known as the “whooping cough”. It is a very serious and highly contagious respiratory infection. The infection is highly communicable. Earlier it was thought of as a childhood disease, but this was about the time when the vaccination of the whooping cough was not developed. Deaths related to whooping cough or pertussis are very uncommon, they become rare and are only found to be in the category of infants.

The symptoms of the Pertussis can be seen after seven to ten days from the exposure.

Though sometimes the symptoms could take a much longer time it is not definite.

Symptoms of the Pertussis:

After one week or two, these symptoms started to grow even more deadly. There will be a thick mucus layer and it gets accumulated inside the oral passage, causing uncontrollable coughing. This severe coughing can lead to;

It can also be responsible for red and blue faces. A pitched “whoop” can be heard between each breathing process.

Pertussis or whooping cough is caused by the bacteria named Bordetella pertussis.

It is highly contagious so when a person sneezes or coughs the tiny droplet of the bacterial infection is transmitted to the next person through the medium of air.

You need to call the doctor if:

Above mentioned diseases are very deadly. Some of them are treatable but all of them are not. That is why prevention is better than searching for some cure. The prevention can be done with the help of getting them vaccinated. The vaccination for all three diseases is common and the names are DTaP (Diphtheria, Tetanus, and Pertussis) and Tdap (it is the booster immunization). Both the vaccines are antitoxins or inactivated forms of the toxin produced by the bacteria that cause the three diseases. Inactivated means the substance is no longer producing the disease. But they make the body create antibodies to enhance immunity against the real disease.

DTaP is approved for children under the age criteria of 7 years.

Tdap is for adults, and it has a lower dosage of diphtheria and pertussis in it. It is approved for the age criteria from 11 to 64 years.