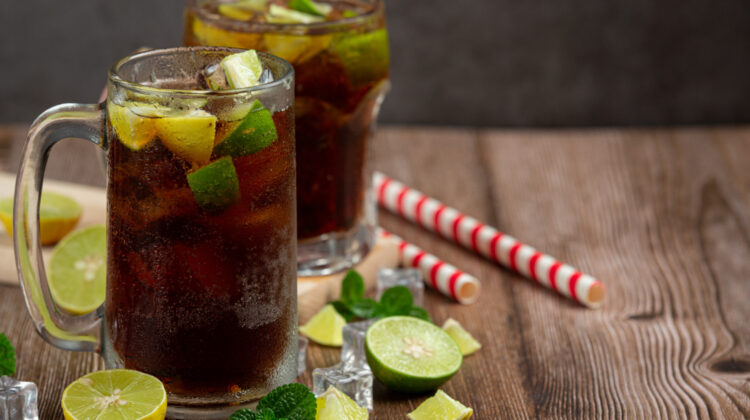 Recent news stories tying these popular drinks to an increased risk of stroke may have alarmed aficionados of diet soda. The study that lies beneath the headlines reveals that there is no need for alarm. However, calorie-free drinks are usually a better choice for your health than those that have been artificially sweetened.

2,888 participants who were 45 years of age or older from the long-running Framingham Heart Study participated in the study. During a seven-year period, each participant completed up to three food questionnaires. When compared to those who drank less than one a week, people who reported drinking at least one artificially sweetened Coke per day were about twice as likely to suffer a stroke over the ensuing ten years.

Regularly consuming sugar-sweetened drinks or sodas did not appear to increase the risk of stroke.

These studies can only demonstrate a connection; they cannot establish causation. Furthermore, only two or three of the 97 strokes (3%) that occurred during the follow-up could be linked to consuming diet soda, according to an associate professor of medicine at the Brigham and Women’s Hospital, affiliated with Harvard, who also co-authored a previous, more comprehensive study on the relationship between soda consumption and the risk of stroke.

Are all sodas a risk for stroke?

Regardless of whether the soda included sugar or an artificial sweetener, this study found a marginally increased risk of stroke in individuals who consumed more than one soda per day. Although the most recent study did not find evidence of a higher risk of stroke from sugary beverages, that does not mean they are a healthier alternative to diet sodas. She points out that numerous studies have previously demonstrated how regularly consuming sugary drinks can result in weight gain, diabetes, high blood pressure, heart disease, and stroke.

In fact, a condition known as survival bias may be one reason sugary drinks were not connected to stroke in the recent study. This would imply that persons who consumed large amounts of sugar-sweetened beverages may have passed away early from other diseases including heart disease.

However, a distinct problem known as reverse causation may be the reason diet drinks have been linked to stroke. People with diabetes or excess weight may favor diet drinks over sugary ones to lead healthier lives. Instead of their beverage preference, their health issues may be to blame for their increased stroke risk. According to doctors, we might only be evaluating the aftereffects of diabetes and obesity.

Another mystery is that there is no logical explanation for why artificial sweeteners might raise the risk of stroke. However, there can be further justifications for doing away with them. If you use artificial sweeteners to manage your weight, you should be aware that the evidence is not strong. To prevent empty calories, doctors advise her patients to stop drinking ordinary soda and other beverages sweetened with sugar. But if someone claims they need a Coke to wake up in the morning, it is almost suggested that they switch to coffee or diet Coke. But water is a far better option. There are many ways to make it more appealing, both visually and gastronomically. Try adding a splash of fruit juice, frozen fruit, cucumber, or crushed mint to plain or sparkling water to give it some taste. It might seem beneficial to switch to low-calorie and low-sugar sodas, but a recent study suggests that may not always be the case.

Research published this month in the journal Stroke found that postmenopausal women who regularly drank numerous diet drinks were more likely to get a stroke or other cardiovascular incident. The study is released at a time when Americans are completely giving up soda. Even in diet form, the common beverage has recently been associated with an increased risk of obesity.

The results do not conclusively show that diet drinks cause stroke, the authors warn. Instead, the study discovered a link between increasing your intake of diet soda and cardiovascular events.

The study found that certain women are more vulnerable than others. More than twice a day consumption of diet drinks quadrupled the risk of stroke, particularly in people with a history of diabetes or heart disease.

After correcting for stroke risk variables such as age, high blood pressure, and smoking, the results were obtained. The most intriguing finding, according to researchers, was that heavy diet drink use was linked to an elevated risk of stroke only in obese women, not in those who were overweight or had a good body mass index.

Lack of safety data for sweeteners

It is unclear which sweets might be more damaging or specifically increase the risk of stroke based on the data’s lack of information on the individual sweeteners the women drank.

The American Heart Association claims in a science advisory that there is insufficient evidence to determine if low-calorie sweetened beverages alter risk factors for heart disease and stroke.

Diet beverages and artificial sweeteners are never advised, according to a New York cardiologist, since they are known to result in obesity and diabetes and have no role in weight management. To reduce their calorie intake, many well-intentioned individuals, particularly those who are overweight or obese, drink low-calorie sweetened beverages, according to the lead author of the study. What to replace it with

Stick to water, a cardiologist and the creator of Step One Foods advises.

She advised all readers to stay away from all artificial and low-calorie sweeteners in general. We just lack sufficient data to determine the extent of long-term exposure to these chemicals.

Artificial sweeteners have been shown in one peer-reviewed study to change how mice’s gut microbiome’s function, which in turn affects how blood sugar is metabolized.

Many people, according to a PhD of body weight researcher at Purdue University, appear to understand that consuming soft drinks regularly is unhealthy. The general people should not believe that switching from regular to diet soft drinks will immediately enhance health or that frequently using diet soft drinks is good, she continued.

According to an assistant professor of neurology at the Icahn School of Medicine at Mount Sinai in New York, people should also seek to avoid and treat known stroke causes like diabetes, smoking, high blood pressure, high cholesterol, atrial fibrillation, and physical inactivity.

Water is the ideal substitute for sugary drinks, but individuals who choose artificially sweetened drinks instead of sugary drinks should be reminded of the value of moderation and urged to work toward limiting long-term use, she added.