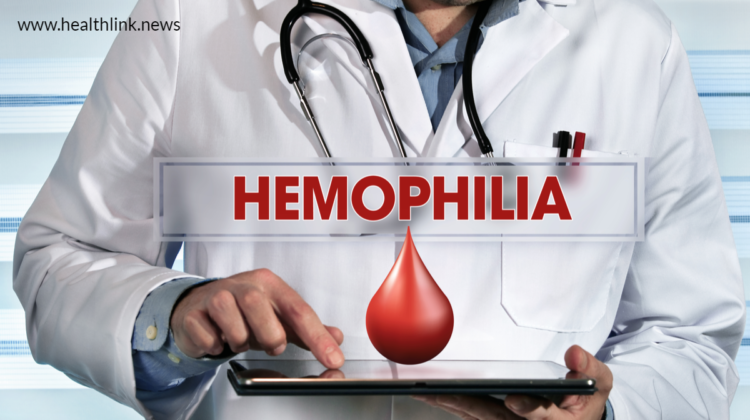 Hemophilia is a rare blood clotting disorder that stops blood from clotting properly. It occurs when the body produces insufficient amounts of a protein known as the clotting factor. After a cut or accident, clotting helps to halt the bleeding. Someone can bleed freely or for longer than usual if coagulation does not occur.

Small cuts are usually not a big deal. If you have a severe case of the disease, the greatest concern is internal bleeding, particularly in your knees, ankles, and elbows. Internal bleeding can harm your organs and tissues, putting your life in jeopardy.

Hemophilia is usually always caused by a genetic mutation. The lowered clotting factor is replaced on a regular basis as part of the treatment. Newer therapies are now being used that do not involve clotting factors.

Most people with hemophilia can benefit from a variety of medications to help them regulate their bleeding.

What are the causes?

Many genes found on the X chromosome are not found on the Y chromosome. This means that males have only one copy of most X chromosome genes, whereas females have two copies. As a result, if a male inherits an afflicted X chromosome with a mutation in either the factor VIII or factor IX gene, he can get hemophilia. Hemophilia can also affect women, but it is far less common. Both X chromosomes are afflicted in these circumstances, or one is deceased, but the other is absent or inactive. The bleeding symptoms in these women may be comparable to those in men with hemophilia.

Hemophilia “carriers” are females who have one affected X chromosome. Hemophilia symptoms might appear in a female who is a carrier. She can also pass the gene mutation- the clotting factor one- on to her children via the damaged X chromosome.

Despite the fact that hemophilia runs in families, some families have no previous history of hemophilia. By chance, there may be carrier females in the family, but no affected boys. However, the infant with hemophilia is around one-third of the time the first in the family to be impacted by a mutation in the clotting factor gene.

Hemophilia can come in a variety of forms. The two most prevalent are as follows:

What Are the Symptoms and Signs of Hemophilia?

Mild hemophilia (hee-muh-FIL-ee-uh) causes people to bleed for longer than usual following an injury or surgery. People with severe hemophilia may sometimes bleed for no apparent reason. Spontaneous bleeding is a type of bleeding that commonly occurs in a joint.

Hemophilia symptoms vary based on the amount of clotting factor a person has and where the bleeding occurs:

Who can get it?

Boys are the ones that are most affected by hemophilia. With mild hemophilia A, however, girls and women can be hemophilia carriers. They may experience minor bleeding symptoms and are able to pass the gene on to their children.

How is it diagnosed?

Hemophilia is diagnosed in a variety of ways.

Doctors order blood tests to detect hemophilia, which include:

In the first six months of life, only a few babies are diagnosed with hemophilia. This is due to the fact that they are unlikely to sustain an injury that would result in bleeding. After circumcision, there may be bleeding, which might lead to a diagnosis.

If a child bruises easily and bleeds excessively when wounded as they get older and more active, a doctor may consider hemophilia.

What Is the Treatment for Hemophilia?

Children with hemophilia can receive comprehensive therapy at hemophilia treatment clinics. To find locations across the United States, go to the CDC’s website.

The medical treatment team for children with hemophilia usually consists of the following individuals:

It is possible to substitute a factor in the following ways

After being educated at a hospital or hemophilia treatment center at home by a nurse home by the person with hemophilia or someone else. During treatments (such as dental cleanings) and operations, doctors can also administer medications to assist reduce bleeding.

Inhibitors are produced by some people with hemophilia (antibodies to the clotting factor). Their bodies recognize the new clotting factor as an invader and produce antibodies to stop it from clotting. This can make hemophilia difficult to cure and necessitates the use of a separate factor replacement therapy.

What are the risk factors and complications?

The presence of hemophilia in one’s family is the most significant risk factor. Hemophilia is far more common in men than it is in women.

Hemophilia can cause a variety of complications, including:

What Can Parents Do to Assist?

Assist your hemophiliac child is receiving the finest care and avoiding bleeding problems as much as possible. These pointers may be useful:

In addition, inform your child’s teachers, friends, and any caregivers that he or she has hemophilia. They should be aware of: