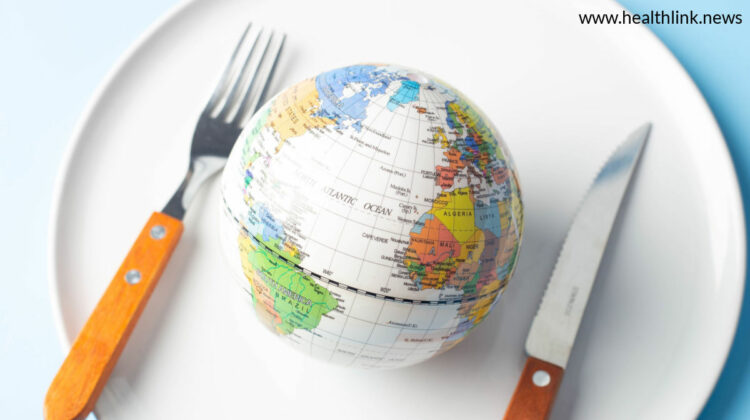 From one nation to the next, knowledge, technology, culture, and capital have all been powerful forces for good and bad, particularly when it comes to health. The good news is that globalization has helped millions of people escape poverty, decreased hunger and infectious disease, and thus raised people’s standards of living. The bad: The same social and economic changes that expanded riches also enlarged people’s waistlines, fuelling the obesity pandemic in China, India, and other developing nations throughout the world.

Though malnutrition still exists in many areas, overweight is quickly overtaking underweight as the more prevalent issue in low- and middle-income nations. These countries suffer from the so-called dual burden of obesity and being underweight. The world now has more overweight than underweight people for the first time in human history, and globalization is a big factor in this: It brought digital TVs to Dar es Salaam, McDonald’s franchises to Mumbai, SUVs to Shanghai, supermarket barges from Nestle to the Amazon River delta, and McDonald’s franchises to Mumbai. It has therefore accelerated what is known as the nutrition transition, which is the obesity-causing change from traditional to Western diets that comes along with modernity and prosperity.

This article provides a quick outline of how the obesity epidemic in low- and middle-income nations is being fuelled by globalization.

How Does Globalization Promote Obesity?

Individually, obesity is brought on by an energy imbalance caused by consuming more calories than one expends. However, the environment in which people reside has an impact on the diet and exercise decisions they make:

What people eat is influenced by the food environment, which includes the kind of foods that are offered, their prices, and marketing strategies.

Buildings, neighborhoods, transit systems, and other landscape features created by humans all have an impact on how active individuals are.

New technology, such as automobiles, computers, televisions, labor-saving tools, and others, alter how people commute to work and travel for fun.

Free trade, economic expansion, and urbanization are three major worldwide influences that are rapidly changing people’s diets and built environments as well as the spread of new technologies. The worldwide obesity epidemic is being driven by these macro-level trends, particularly in low- and middle-income nations.

Due in major part to the liberalization of international trade, the price of beef has decreased by an incredible 80% during the previous 40 years. In the 1970s and 1980s, low- and middle-income nations started to make it simpler to trade crops across national borders. In 1994, agricultural products were officially included in the General Agreement on Tariffs and Trade for the first time, opening the global agricultural market and resulting in cheaper food.

People now have access to a wider variety of foods, including frequently more processed items with high-calorie counts. Additionally, it relaxes restrictions on foreign investment in the food distribution industry and enables fast-food chains and global food firms to expand into other nations.

The globe is becoming wealthier because of globalization, and wealth and weight are related. Obesity rates increase when nations start to move up the income scale. Farmworkers and low-income city inhabitants may now have enough money to adopt contemporary practices associated with obesity, such as television viewing, grocery store purchases of processed foods, and eating more food away from home.

People’s consumption patterns and risk of obesity have both been connected to variations in food pricing. However, free trade is not the only factor that makes the issue worse. Due to trade liberalization, more food options are available to consumers. However, they do not yet have access to healthcare, information about wholesome diets, and exercise that would enable them to maintain a healthy weight. Obesity rates typically flatten and decline as nations progress up the income scale to middle- and high-income status and individuals have improved access to healthcare and education.

It is interesting to note that in low-income countries, those with higher earnings and more education are more likely to be overweight than those with lower incomes or less education. In contrast, wealthy individuals had lower obesity rates than the poor in higher-income countries. Additionally, obesity rates are greater or rising faster among the poor than among the rich in numerous lower-middle- and middle-income nations, like China and Brazil. Urbanization, nutrition, and exercise

The urbanization of the planet is accelerating. Compared to 10% in 1900, more than half of the world’s population now calls cities home. Urbanization is accelerating at startling rates in nations where rural life predominates: By 2050, twice as many people in China as there are now will be living in metropolitan areas, more than a billion people.

Poorer diets and more sedentary lifestyles may be caused by urban food and built environments, new technologies, and city living. It is true that urbanization facilitates access to health care and education, both of which can lower obesity rates. But in many low- and middle-income nations, the infrastructure for health care and education simply is not there since new metropolitan areas grow so quickly.

In comparison to typical village settings, urban communities may be less safe or may be regarded as less safe than those in cities. Most of this research has been done in higher-income countries, so more research is needed to see whether safety concerns have a similar activity-limiting effect in low- and middle-income countries. However, some research (but not all) tends to suggest that when people perceive their neighborhoods to be lower safe, they may be less likely to exercise or do other physical activities outdoors.

The term “nutrition transitions” refers to predicted changes in diet brought on by economic expansion and urbanization. People scavenge for food in hunter-gatherer communities. They then transition to primitive agriculture, frequently experiencing starvation. As famine decreases and affluence and technology advance, calorie consumption increases, which promotes overeating and obesity. From famine to food sufficiency, many countries have benefited from globalization. However, globalization has also sped up the transition from food sufficiency to Western-style feasting, which has led to an increase in obesity and disorders associated with obesity in many low- and middle-income nations.

China provides a good illustration of the swift diet changes brought on by modernity, prosperity, and the expansion of low-cost, high-calorie foods:

The average daily use of vegetable oil in China increased from around 1 tablespoon per person in 1989 to 2.5 tablespoons in 2004 as prices fell, adding 183 calories to the daily diet. Meat products. China’s average daily consumption of foods derived from animals more than tripled between 1989 and 1997; Chinese adults consume more than 1,300 calories per day in animal products, including pork, chicken, beef, mutton, fish, eggs, and dairy. The public health issue with red meat goes much beyond the added calories because excessive intake is associated with a higher risk of heart disease, diabetes, and colon cancer.

For many years, white rice has been a mainstay of Chinese cuisine. Consuming a diet high in refined grains, such as white rice, can increase the risk of obesity, especially in inactive people. From 44 percent in 1989 to 66 percent in 2004, 66 percent of China’s workforce was employed in jobs requiring just “extremely moderate activity.” Sugary beverages According to a recent poll of 4,600 Chinese individuals in Hong Kong, 10% of women and 20% of men take at least two servings of sweetened beverages daily. Coca-beverage Cola’s sales in China increased by 18% between 2006 and 2007, and the company allegedly anticipates China to overtake the United States as its top market by 2020.

Fast food outlets, a fast source of sweetened drinks and calorie-dense meals, are also growing in popularity. As an illustration, McDonald’s debuted in China in 1990 and had 1,000 locations there by 2006. According to news reports, the corporation expects to treble that number by 2013.

Labor-saving technologies have reduced people’s physical activity in many areas of their lives, which has led to a general drop in individual energy expenditure that has accelerated the spread of obesity. The following changes are specific:

Work. Workers in many low- and middle-income nations have shifted from highly active industries like farming and mining to fewer active ones like manufacturing and services. People now use less energy than they did decades ago, even in conventional activities like farming, thanks to mechanical farm equipment.

With the development of mass media and computer technology, people are spending less time outdoors playing actively and more time indoors watching television and browsing the internet. From 1983 to 2001, TV viewing time increased by 72% in South Korea.

Cars and mopeds commonly take the place of people who are walking and bicycling. For instance, it is projected that new car sales in China have increased by 30% annually in recent years.

In many nations, the amount of labor-saving technology such as microwaves, washing machines, vacuum cleaners, and other appliances is becoming more widely available.

Modifications in Cultural Norms and Behaviour

Rapid urban lifestyle changes and economic development have also led to behavioral modifications that may be a factor in the obesity pandemic in low- and middle-income countries:

Food choices and cultural norms surrounding food can be directly influenced by heavy food and beverage advertising on television and other forms of mass media, as well as images of the West’s overeating culture, which can draw individuals toward less healthy options that originated in wealthier nations. Children are particularly susceptible to the influence of advertising, and television food advertising is no exception: According to studies, children’s food tastes, as well as what they ask their parents to buy and what they consume, are all significantly influenced by advertising.

Researchers have shown that those who receive less sleep tend to weigh more than those who get enough sleep (38), and this pattern has been found in both high- and low-income nations including Senegal, Tunisia, Brazil, and Taiwan. (39) Sleep deprivation may be exacerbated by urban surroundings’ artificial lighting, noise pollution, and nightlife, according to researchers.

Although further research is required, psychosocial stress, a risk factor for obesity in Western nations, may also contribute to obesity in low- and middle-income nations. People moving to new metropolitan regions could experience increased stress because they are giving up the customary social support of their home villages, earning extremely low pay, or having a difficult time finding employment.

Women starting to work in the formal economy

Less breastfeeding occurs as women work outside the home, and families eat more foods that have been prepared professionally. These dietary changes have been linked to a higher risk of childhood obesity in high-income countries. To determine whether these concerning patterns materialize as more women join the formal workforce, more study is required in low- and middle-income nations.

The one-child policy in China, according to researchers, may be a factor in the rise of childhood obesity. Children’s health risks are unintentionally increased when parents with more financial resources feel motivated to provide their “little emperors” with televisions, laptops, and other luxuries that they did not have as children.