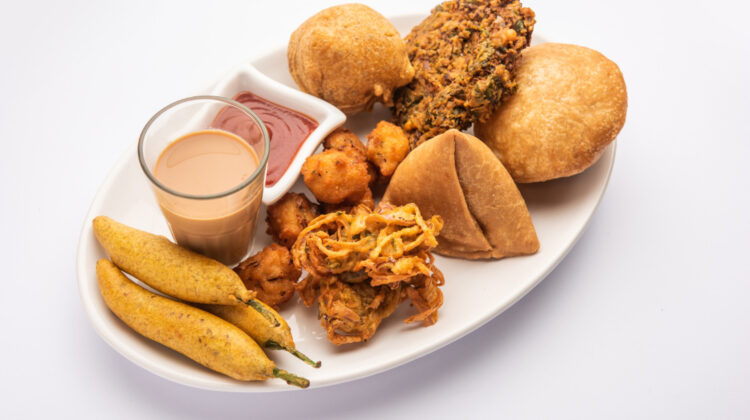 Fried meals create inflammation, which contributes to heart risks. However, how many portions of crispy French fries must one consume before their risk of cardiovascular disease increases? Not many, according to a sizable analysis by researchers.

Globally, deep frying is a popular cooking technique. It is frequently employed by restaurants and fast-food businesses as a convenient and affordable method of food preparation. Even though you can deep fry about anything, popular fried dishes include fish, french fries, chicken strips, and cheese sticks.

A lot of individuals enjoy the flavor of fried food. However, because these foods typically include a lot of calories and trans-fat, eating a lot of them can be bad for your health.

Deep frying adds a lot more calories than other types of cooking.

To begin with, batter or flour is often used to coat fried meals before frying. Additionally, meals that are cooked in oil lose water and absorb fat, increasing their content of calories. In general, fried foods include a lot more calories and fat than their non-fried counterparts.

Another illustration is the difference between a 100-gram fillet of baked cod and a 100-gram piece of deep-fried fish, which has 232 calories and 12 grams of fat.

The results of 17 investigations on the relationship between fried meals and conditions like heart attacks, blocked coronary arteries, heart failure, and stroke were combined by scientists. In the studies, over 500,000 people participated. Researchers also examined information from six more studies examining the link between consuming fried food and early death. This research included almost 750,000 participants. People who consumed the most fried foods per week were 28% more likely to develop heart issues than those who consumed the least. The total risk increased by 3% for every additional 114-gram (4-ounce) dish of fried food consumed per week.

However, the investigation was unable to demonstrate that consuming a lot of fried meals increased the risk of dying young. Fried foods not only cause inflammation but are also frequently heavy in sodium and unhealthy saturated fats. Use moderation if you decide to indulge in them. And choose items that are fried in vegetable oils rather than those that are fried in animal fats.

According to another recent study, eating fried food puts you at higher risk for heart disease and stroke.

A research team in China discovered that the danger increases with each additional 4-ounce serving each week. The researchers examined 19 previously published studies on the topic. Data from 17 trials were merged, totaling more than 560,000 participants and 37,000 serious cardiovascular events like a heart attack or stroke. Additionally, the researchers used information from six studies that included over 750,000 participants and about 86,000 deaths over an average of 10 years.

With each extra 4-ounce weekly serving, these risks rose significantly by 3%, 2%, and 12%, respectively, according to the researchers. The study’s authors stated in a journal news release that there are a number of theories that could explain why eating fried meals may speed up the onset of cardiovascular disease. Fried food boosts the synthesis of the chemical by-products involved in an inflammatory response and contains dangerous trans fatty acids thanks to the frequently used hydrogenated vegetable oils. Additionally, particularly in fast-food establishments, salty items like fried chicken and French fries are frequently paired alongside drinks that have added sugar, according to the study.

What are the consequences of frying?

Foods that have been floured and fried frequently have a lot of calories. Additionally, as the researchers note, they taste delicious, which makes it tempting to overeat.

Trans fats are also frequently found in fried dishes, especially those from fast-food restaurants. These increase levels of harmful high-density lipoprotein (also known as “good”) cholesterol and decrease levels of beneficial low-density lipoprotein (also known as “bad”) cholesterol. The researchers also note that frying increases the generation of chemical by-products, which may impact how the body reacts to inflammation.

Fried food consumption has already been linked by researchers to the onset of obesity, type 2 diabetes, coronary artery disease, and hypertension. The authors of the present analysis noted that investigations exploring the associations between fried food and cardiovascular disease and death had not produced consistent findings.

They, therefore, set out to offer unambiguous proof that medical professionals could rely on when dispensing nutritional recommendations.

To evaluate the association with the risk of cardiovascular disease, the authors combined the data from 17 studies, which totaled 562,445 participants and 36,727 major cardiovascular events.

The research team found no link between eating fried food and dying from heart disease or any other reason. This, however, might be a result of the contradictory nature of earlier findings and the scarcity of data. The authors predict that if participants are followed by researchers for longer periods of time, they may discover an association.

The researchers point out that several of the studies used in the analysis only looked at the effects of a single type of fried meal, like fried fish or potatoes, rather than the participants’ overall intake of fried foods. This could imply that the linkages were not considered.

They also note that because the research also relied on respondents’ memories, the amount of fried food they consumed may have been overestimated or underestimated. In addition, they add, people do not eat meals in isolation, making it difficult to properly capture the complexity of what and how people eat, especially over a long period of time.

It is crucial to note that additional risk factors associated with consuming fried food include a propensity to drink more sugary beverages, the usage of added salt, consumption of other unhealthy meals, a lack of exercise, smoking, and levels of deprivation. As a result, a significant portion of this data may not have been accounted for in earlier studies.

The authors of the meta-analysis concur that additional study will be necessary to pinpoint the precise connections between fried food consumption and the risk of cardiovascular disease, cardiovascular mortality, and overall mortality.