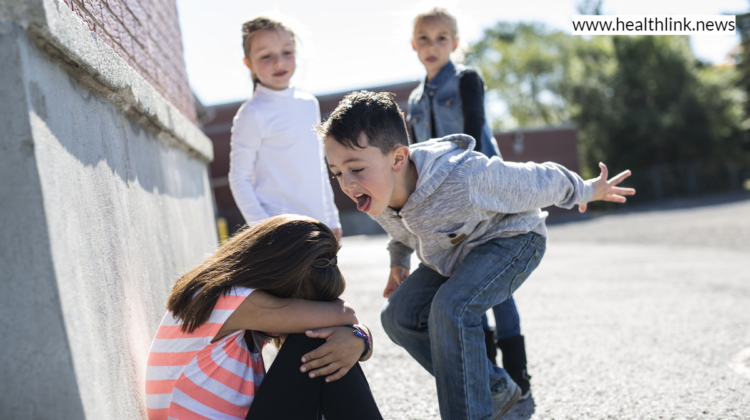 When we talk about child safety, it is not only concerned about the physical safety of the child. It is concerned about mental safety as well. Mental safety is very important. Not specifically in the case of children but also concerning all the age groups as well. Therefore, if someone is not mentally healthy then he or she needs to take care of himself or herself and can even reach out for medical help as well. When we talk about mental health problems and issues in children, most of them are from emotional and psychological abuse that they face in their lives. These emotional and psychological abuse can be because of some of their friends or from anyone, it can be defined or stated as the behaviors, actions, and speech of their parents, friends, caregivers, etc. these behaviors harm the mind of your child and because of that your child faces psychological and emotional abuse.

According to the U.S. government, “emotional abuse (or psychological abuse) is a pattern of behavior that impairs a child’s emotional development or sense of self-worth.” In simpler words, it can be stated that what your child sees or goes through, the negative behavior creates a pessimistic effect on his or her brain. Because of that, his or her emotional development of senses of self-worth reduces gradually.

Parents will get the idea if there is something wrong with their toddlers just by the way they act or behave. Their behavior seems a bit off or if it took a sharp turn or developed into something that can be categorized as worse for them. We are not just talking about a particular age group of children, instead, it is related to the children who are suffering from such a situation or problem in their lives. For example, if a child aged 9-10 years started to cry suddenly, act off or give excuses to skip school. This denotes that he or she is suffering from mental abuse or bullying.

What is emotional abuse?

In very simpler words, emotional abuse can be defined as the attempt to control someone else’s thinking capacity. It entirely changes their point of view and creates a negative sense in their mind. They doubt their self-worth as well. Emotional abuse can be regarded as bullying also. And it can be done as by;

After going through these certain points, you can understand how common child abuse is these days. People do not know about it, but they somehow practice it. Apart from these enlisted behaviors, numerous other ways are responsible and considered to be bullying and emotional abuse.

Childhelp estimates that every year in the United States, more than 6.6 million children are involved in referrals to state Child Protective Services (CPS). According to the Centers for Disease Control and Prevention (CDC), in 2014, over 702,000 children were confirmed by CPS as having been abused or neglected.

Bullying can be understood very easily, for example, consider that you have a girl named Zoe. Zoe is 10 years old. One day when you check into her room to make sure that your child is ready for school or not you see that she is lying on the bed, and she is making excuses not to go to school. This type of behavior continues for a few days and now you become irritated. You tried to ask about the problem that she is facing but she did not tell you. The thing is that let’s just consider, that there is a group of “mean girls” in the school and they target girls and spread rumors about them. Moreover, they tease them and make fun of them. Zoe is one of those victims of those “mean girls”. Whenever Zoe passes them or sees them in her class, they start to whisper in front of her and do not talk and this behavior of them put Zoe on her nerves, she starts to feel outcast, outnumbered, a victim, and has so many doubts about her existence in that environment. In simple words, the acts of those girls simply make the life of Zoe miserable, and the main fact is this is not even physical and yet it is more tormenting than that. Therefore, bullying is very hazardous, it can derail a child’s schooling, social life, and emotional wellbeing.

According to the report issued by the Bureau of Justice Statistics, it is known that bullying occurs regularly in more than 23% of public schools in the United States of America. The issue is very serious as because of technological advances there are numerous ways in which bullying takes place these days. Platforms like social media, cellphones, and the internet are the prominent ways that provide a stage for bullying. One should not simply regard bullying as a normal part of one’s schooling life. Bullying cannot be regarded as a custom, instead, it is a serious illness that needs proper treatment.

Types in which bullying can be done and identifying it

Bullying can be done in numerous ways; it is so diversified that people can adapt themselves and learn new ways according to the measures they need to take to bully someone. These ways can be physical as well as non-physical. Sometimes the non-physical ways are even the deadliest of all as they leave an impact on the victim that sometimes they do not recover from, and the incident becomes a very traumatizing past that haunts them for the rest of their lives.

There are ways in which you can identify if someone is going through bullying or not;

You need to be patient and act like your friends so they can get open with you whenever some major thing happens in their lives.

Although be cautious and make them realize that they have someone who cares about them the most and they can trust you in their hard times.