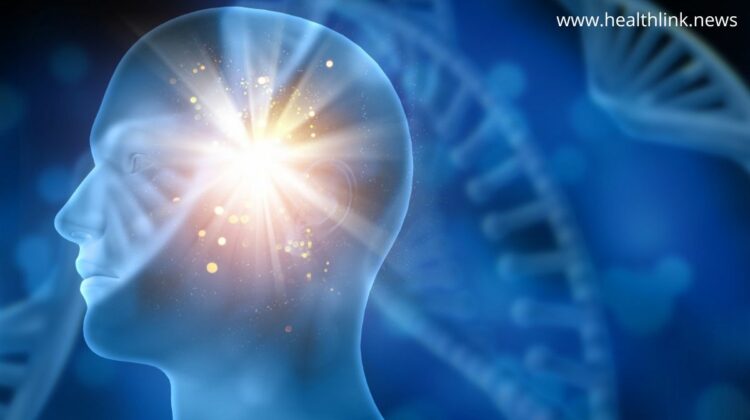 The secrets of the heart and intellect have long been of interest to philosophers. Researchers are currently attempting to understand the physical relationship between the brain and the circulatory system. They are discovering that the formula for both a keen mind and a strong heart is fundamentally the same.

Current research indicates a strong relationship between cardiovascular and brain health. A person’s risk of dementia and stroke can increase if their heart and blood vessels are damaged. When a blood clot obstructs brain blood flow or when a blood vessel bursts in the brain, a stroke happens. Strokes occur in the destruction of brain tissue, which can occasionally cause memory loss and severe impairment.

Vascular dementia can also result from the accumulation of several little quiet strokes or ministrokes as they are known among medical professionals. Memory, cognitive ability, and personality can all be negatively affected by dementia. Important heart disease and stroke statistics are updated annually by the AHA (American Heart Association) and the National Institutes of Health (NIH). Information about significant modifiable risk factors is highlighted in their joint study. Data on significant modifiable risk factors impacting cardiovascular health and outcomes connected to the standard of care, procedures, and monetary costs for cardiovascular-related conditions are highlighted in their joint study.

Alzheimer’s disease and other related dementias also have a sizable financial cost. Spending on dementia in the United States doubled between 1996 and 2016, going from around $39 billion to $79 billion.

The relationship between heart and brain health:

456 people who were born in Britain the same week as 1946 were included in the study along with their data. Since birth, each person has undergone 24 evaluations on various aspects, including:

Participants’ average age at the time of the study was 70.7 years, whereas their average age as predicted by the brain was 67.9 years. After accounting for chronological age, male and female brains were on average 5.4 years apart. The researchers discovered a strong correlation between brain aging and increased cardiovascular risk, decreased cognitive function, and decreased brain capacity.

Additionally, they discovered a connection between older brain ages and higher levels of neurofilament light protein (NFL). In healthy people, NFL levels rise with age, but they are also associated with brain damage. Future hippocampal shrinkage, an early sign of Alzheimer’s disease, was also connected to brain PAD. The researchers could not discover any correlation between brain PAD and different indicators for Alzheimer’s disease, though. Additionally, the researchers found no connection between brain PAD and socioeconomic position, educational attainment, or childhood cognitive function. They concluded that the 12 parameters included in their analysis might account for 33% of the variation in brain PAD.

Oxygen: The impact of the heart on the brain

A clinical research fellow at University College London and one of the study’s authors, responded when asked what might account for the connection between cardiovascular health and aging in the brain that the brain is the part of the body that uses the most energy, thus it needs oxygen all the time. Any injury to the vascular system (heart, blood vessels, etc.) that reduces the amount of oxygenated blood given to the brain will have a detrimental effect on brain health and may lead to cerebral small vessel disease, white matter lesions, and brain atrophy. These alterations in the brain are a typical component of aging. However, they might occur sooner than expected if you have poor heart health.

The University of South Dakota’s associate professor of neuroscience who was not involved in the study, also informed MNT that cardiovascular risk factors, such as blood pressure and smoking status, have already been connected to early brain aging. The exact mechanisms by which cardiovascular health and brain aging are related are likely to be exceedingly complex, but they will undoubtedly have to do with issues like blood flow distribution to the brain, cardiac hemodynamics, and arterial stiffness. It is believed that the more interesting question is whether the composite measurement of cardiovascular health utilized in the current study is delivering unique information beyond what these individual components provide, and the answer to that question truly requires future research. Having said that, it is wonderful to observe correlations of this nature between the brain and bodily health.

MNT further questioned the scientists about explanations for the disparities in brain ages between men and women.

In this cohort, it has been observed that women do better than men on a variety of fronts, including cognitive tests. This, as well as the disparities in life expectancy in the U.K. population, where women live longer than males, may be reflected in the younger brain projected age reported in women. The processes underpinning this need more research, but cardiovascular health may play a role, according to doctors.

The researchers concluded that their findings would open new avenues for research into brain aging and the prognosis of future decline. It is also pointed out that several of the study’s shortcomings, including the fact that it was primarily done on white British individuals and might not be applicable to other ethnicities. Doctors emphasized that there is a higher possibility of false positive outcomes or findings that are untrue because of how some of the statistical studies were carried out. They stated that more “conservative statistical methodologies” should be used in future studies to evaluate the correlations. In addition to the strategy employed in the study, there are now many others, and further research is required to determine which is best.

New Measures Of Determining Brain Age: To enable comparisons between research studies and if findings like this are utilized to inform healthcare decisions, the field must develop standardized, well-validated methods to quantify brain age. The intriguing possibility for this kind of research is the latter scenario.

The AHA’s most recent president, who is also an attending neurologist at New York-Presbyterian/Columbia University Irving Medical Center in New York and a professor of neurology and epidemiology at Columbia University Vagelos College of Physicians and Surgeons, discussed the new revisions with Medical News Today. Many risk factors for both heart disease and brain disease are similar. High blood pressure, diabetes, smoking, high cholesterol, and obesity are some of the health issues and habits that might result in heart attacks, according to him.

We have known for a while that these same risk factors contribute to strokes, which are brain damage brought on by vascular, or blood vessel, diseases. Clinicians, epidemiologists, and other researchers have more recently discovered that these risk factors also lead to additional brain disease presentations, such as dementia and cognitive decline, which were not previously identified as vascular conditions.

The impact of cardiovascular disease risk factors on the onset of cognitive impairment or dementia is highlighted in the 2022 Update.

A meta-analysis of 139 studies found that patients with high blood pressure in middle age had a 55% increased risk of developing poor global cognition and a 20% increased risk of executive function impairment, dementia, or Alzheimer’s disease.

Factors related to the risk of dementia:

Depending on one’s race, ethnicity, sexual orientation, level of education, place of residence, and occupation, one’s risk of cognitive impairment or dementia may differ. In the 2022 Update, researchers looked at data from the Behavioural Risk Factor Surveillance System from 2016, and they discovered that Hispanic and Black adults needed assistance with everyday tasks due to memory loss three and four times more frequently, respectively than white adults.

In addition, women are disproportionately affected by dementias like Alzheimer’s. A diagnosis of Alzheimer’s disease or related dementia affected around 20 million men and 35 million women worldwide in 2020, with a death rate of 1.28 million for women and 0.61 million for men.