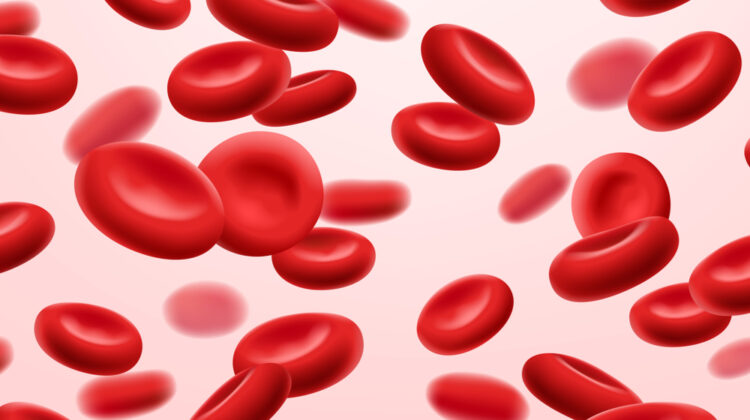 Apart from Zinc, Calcium, and Vitamins, Iron is the most important element that our body needs for proper growth and development. Our body uses iron to make hemoglobin, a protein in red blood cells (RBC) that carries oxygen throughout the body, myoglobin, a protein that provides oxygen to tissues of cardiac and skeletal muscles, and some of the most important hormones like hepcidin. Iron deficiency is now one of the most common nutrient deficiencies in India and the prevalence of anemia in rural and poorer children and adolescents is increasing day by day at an alarming rate. National Institute of Nutrition’s (NIN) recent research study reveals that almost one-third of preschool children and adolescent girls in India suffer from iron deficiency anemia. Iron deficiency, if left untreated, can prove to be fatal in some conditions. It is immensely important that we know about the importance of the presence of iron in our body and how to get rid of iron deficiency and diseases related to it.

As the name implies, iron deficiency is an abnormal condition of the body due to the insufficient presence of iron, without which our body cannot produce enough red blood cells that contain hemoglobin and thus cannot help with the supply of enough oxygen. This abnormality can finally result in shortness of breath, fatigue and can cause Anemia.

How Much Iron Do I Need?

The amount of iron you need each day depends on your age, your sex, and whether you consume a mostly plant-based diet. Average daily recommended amounts are listed below in milligrams (mg).

People Who Suffer from Iron Deficiency In India:

Certain groups of people are more likely than others to have trouble getting enough iron:

The common symptoms of iron deficiency and anemia in our body are as follows:

Iron deficiency occurs when the body does not have enough iron to produce hemoglobin. The prime causes of iron deficiency include:

Blood contains iron within red blood cells. So, if the body undergoes a huge blood loss, iron deficiency can occur. This is common in menstruating and pregnant women because their iron stores need to serve their own increased blood volume as well as be a source of hemoglobin for the growing fetus. and if left untreated, this can also lead to internal bleeding cardiac problems, and even heart failures. Slow chronic blood loss, such as peptic ulcer, hiatal hernia, gastrointestinal bleedings, a colon polyp, or colorectal cancer can also be the causes of iron deficiency and anemia. This is found in older men and women but this condition can be easily treated with the help of proper medications with iron supplements and a healthy diet rich in iron.

Lack Of Iron in The Diet:

Our body gets a steady supply of iron from the food we eat. If we intake too little amount of iron, over time our body will develop iron deficiency. For proper growth and development of children and teens, iron-rich foods like beetroot, turnip, meat, milk, egg, green leafy vegetables are a must in the regular diet.

If the body develops an intestinal disorder, such as celiac disease, are the digestive system fails to absorb iron and other essential nutrients from digested food and can thus lead to iron deficiency and anemia?

Iron-deficiency anemia (IDA) among women in India is a problem of major public health significance. Prevention and management of IDA demand adequate iron intake and provision of bio-available iron. The most recent estimates reflect an unacceptably low consumption of iron (median: 13.7 mg/day per person) among women in India aged ≥18 years and 51–83% of pregnant women in India are deprived of the recommended daily allowance of iron of 15–18 mg/day. Thus, it is not surprising that India has the highest number of women with anemia globally, which increases the probability of maternal and child mortality and has significant economic implications for the nation’s development.

One can reduce the risk of iron deficiency anemia by choosing a healthy diet with iron-rich foods.

Foods rich in iron include:

Our body absorbs more iron from meat than it does from other sources. If one chooses not to eat meat, then he/she may need to increase the intake of iron-rich, plant-based foods to absorb the same amount of iron as does someone who eats meat.

One can enhance the absorption of iron in the body by drinking citrus juice or eating other foods rich in vitamin C at the same time that you eat high-iron foods. Vitamin C in citrus juices, like orange juice, lemon, green chili, etc. helps our body to absorb dietary iron more efficiently.

Vitamin C is also found in:

To prevent iron deficiency anemia in infants, babies should be fed with breast milk or iron-fortified formula for the first year. Cow’s milk isn’t a good source of iron for babies and isn’t recommended for infants under 1 year. After age 6 months, it is better to start feeding babies with iron-fortified cereals or pureed meats at least twice a day to boost iron intake. After one year, it should be made sure that children do not drink more than 20 ounces (591 milliliters) of milk a day. Too much milk often takes the place of other foods, including those that are rich in iron.

But we should be careful about the consumption of iron because excess iron is also harmful to our bodies. In healthy people, taking high doses of iron supplements (especially on an empty stomach) can cause an upset stomach, constipation, nausea, abdominal pain, vomiting, and fainting. High doses of iron can also decrease zinc absorption. Extremely high doses of iron (in the hundreds or thousands of mg) can cause organ failure, coma, convulsions, and death. Child-proof packaging and warning labels on iron supplements have greatly reduced the number of accidental iron poisonings in children. Some people have an inherited condition called hemochromatosis that causes toxic levels of iron to build up in their bodies. Without medical treatment, people with hereditary hemochromatosis can develop serious problems such as liver cirrhosis, liver cancer, and heart disease. People with this disorder should avoid using iron supplements and vitamin C supplements.