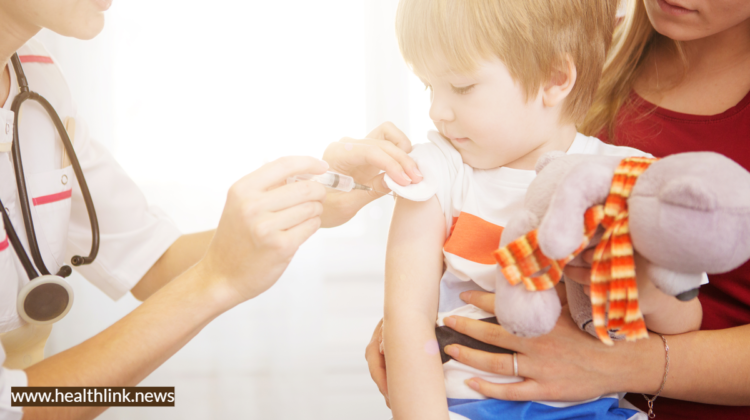 Meningococcal disease is a bacterial infection that is extremely infectious (contagious). Coughing and sneezing can spread it faster through the air. It can also be passed from one person to the next by actions like kissing. In children and young adults, this disease is one of the most common causes of bacterial meningitis.

Meningitis is a condition in which the fluid surrounding the human brain and spinal cord becomes infected. It does have the potential to be exceedingly dangerous. It can be lethal even with antibiotic treatment. It can also result in hearing loss, seizures, strokes, injury to the nerves, limb amputation, etc.

The best way to avoid this quite serious meningococcal disease is to get vaccinated. Surely, it can affect people of all ages, although it is more common among those who live in close quarters. Students in dorms and military personnel in barracks can be considered particularly vulnerable.

Getting vaccinated is one of the best ideas you can implement. If you are a young adult who is or will be living in common places should get the meningococcal immunization done. It is also suggested for the following individuals who have HIV and those who have spleen damage, the people who are missing a component of the complement system (an immune disorder), or someone who has been exposed to an outbreak and plans to visit a location where the disease is prevalent

This disease, easily put is a bacterial infection caused by the Neisseria meningitides strain. In the United States, this invasive bacterium is one of the major and most common causes of bacterial meningitis in children aged from about 2 to 18.

Meningococcal illness can cause meningitis. Meningitis is a serious, and sometimes a very fatal inflammation of the membranes that surround the human brain and spinal cord, as well as a potentially fatal blood infection. Meningococcal illness can result in having the amputation of limbs done. You may also have hearing loss, nervous system issues, intellectual incapacity, convulsions, and strokes.

What Causes Meningococcal Disease and Who Is at Risk?

Meningococcal disease is a little less contagious than other infections like the flu or the common cold. Contact with contaminated respiratory and throat secretions, however, is the reason why they can spread. Coughing, kissing, or sneezing, any, or all of these can cause this.

Family members in the same household and caregivers are at a much higher risk since the danger increases with close or extended contact with an infected person. College students who live in dorms are also very much affected by this.

Is it Possible For the Meningococcal Vaccine to Cause Meningitis?

Quickly and easily, we can respond with a big NO. In the United States, four meningococcal vaccinations have already been approved. There are no live microorganisms present in any of these vaccinations.

The vaccinations contain antigens, which are the chemicals that cause a human being’s immune system to produce antibodies. The human body is then protected by these antibodies, which help in attacking and killing bacteria if they get into your system.

In 1978, the meningococcal polysaccharide vaccine, also known as MPSV4, was first authorized. The antigens in the outer polysaccharide or sugar capsule that surrounds the bacterium were used to make it.

In 2005, the MCV4 meningococcal conjugate vaccination was also approved. It tends to work by binding antigens from the polysaccharide capsule to a protein that targets the human body’s immune cells. The immune system will then be able to easily perceive and recognize the antigens in a better manner as a result of this.

Menveo, one form of MCV4, is approved for usage in people who come under the age group of 2 to 55. Menactra, a different variant, is approved for people who are aged 9 months to 55 years old. MPSV4 is the only vaccination that is approved for use in both adults over 55 and those between the ages of 2 and 55. Both of these vaccines offer the best protection against four different forms of meningococcal infections.

Two serogroup B vaccinations that tend to protect against the other two types of meningococcal illness were approved in 2015. MenB-FHpb (Trumenba) has a three-dose schedule, while the other one, MenB-4C (Bexsero) has a two-dose schedule. Both vaccines are very much effective in protecting those aged from 10 to 25, as well as other older patients.

MPSV4, which may be considered a much safer option, should be given to pregnant women who require vaccination. However, there still is insufficient evidence to be quite definite about this matter.

In the United States, there are two known variants of this vaccine. Both vaccines provide quadrivalent protection. This means that these vaccines have the potential to protect you from four different types of meningococcal infections. MenACWY (meningococcal conjugate vaccination) and MPSV4 are these stated vaccines (meningococcal polysaccharide vaccine).

MenACWY is the vaccine of choice. It is usually advised for those people who are aged from 11 to 18 and with the following conditions:

The number of injections that are required is determined by when you are going to receive the vaccine. If you come under those who received their first dose before the age of 16, you will require a booster shot later in the future. You just need one injection if you are among those who are getting their first dose after the age of 16. Teens who are tested positive for HIV are given a three-shot series with at least eight weeks between these doses, as well as a booster shot after five years.

Is the Effectiveness of Both meningococcal Vaccines the Same?

Meningococcal illness can easily be prevented with the MCV4, MPSV4, and MenB vaccinations, which are about 85-90 percent effective. N meningitidis, the bacteria that play a major role in causing meningococcal disease, comes in numerous other varieties, five of which are frequent in the United States. All these five strains are very well protected by these vaccines when used simultaneously.

MCV4 has not been around for that long a while to be able to assess the two vaccines’ long-term effectiveness. However, the majority of specialists believe that MCV4 offers a much superior and longer-lasting protection.

Is it possible to get Meningitis after getting the vaccine done?

Because immunizations do not help in protecting against all types of meningitis, it is still a lot more possible for someone to get meningitis from a strain that is not covered by the vaccine.

However, after receiving these vaccines, the chance of getting affected with meningococcal meningitis is reduced. Meningitis can also be caused by some other factors that can not be avoided at all. Vaccines against the other causes of meningitis, such as the Hib and pneumococcal vaccines, are also very much effective and should be included in a standard childhood vaccination schedule. Make sure both you and your family are protected against meningitis and all other deadly infections by consulting your doctor and your children’s doctor.

What are the Meningococcal Vaccine’s side effects?

Any vaccine, whichever it may be has the risk of causing a very serious adverse reaction within minutes to hours of administration. However, there is a very small chance that these meningococcal vaccines will produce such a serious reaction. Approximately one out of every two persons who must have received the shot will experience minor side effects such as redness or a slight soreness where the dose was done. Those must normally go away in a day or maybe two. A slight fever can be seen in a small number of persons. Several persons have been diagnosed with Guillain-Barre syndrome (GBS) after getting MCV4, according to reports. However, scientists do say that it happens so infrequently that it is quite impossible to establish if it is even related to the vaccine or not.