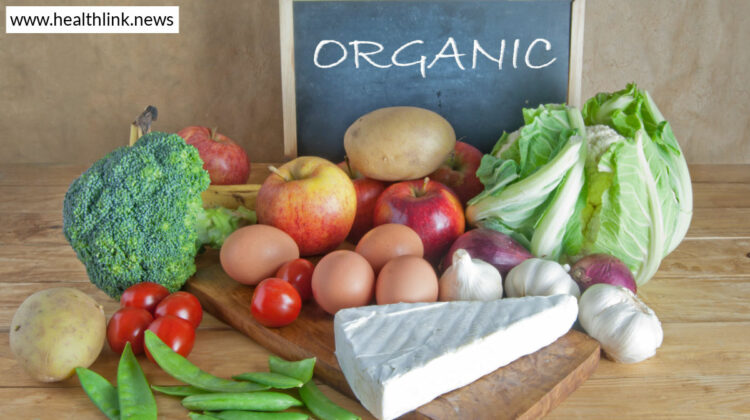 What are organic foods?

The production process of some foods is referred to as “organic.” Artificial chemicals have not been used in the cultivation or farming of organic foods.

Groundwater conservation and soil quality tend to be improved by organic farming. Additionally, it lessens pollution and could benefit the environment.

Fruits, vegetables, cereals, dairy products, and meat are the organic foods that are most frequently purchased. There are other processed organic goods available, like sodas, cookies, and meat alternatives.

There have been conflicting findings in studies comparing the nutritious content of organic and non-organic foods. This is the result of normal variance in the production and management of food. Evidence does, however, point to the possibility that organically farmed food may be more nutritive.

According to some previous research, organic foods typically include higher concentrations of antioxidants and specific micronutrients, like vitamin C, zinc, and iron. These foods have antioxidant levels that can be up to 69 percent greater.

According to a 2003 study, organically cultivated berries and corn had up to 52% more vitamin C and 58 percent more antioxidants. Additionally, one study found that switching to organic versions of common fruits, vegetables, and cereals could double your diet’s antioxidant intake. This was like adding 1-2 additional servings of fruit and vegetables to your normal diet.

Organic plants defend themselves without the need for chemical pesticide sprays. Instead, they increase the production of antioxidants, which are their self-defense mechanisms. The greater antioxidant levels in some plants may be partially explained by this.

In general, nitrate levels are lower:

It has also been demonstrated that crops grown organically contain less nitrate. Research has revealed that nitrate levels are 30% lesser in them.

There is a link between high nitrate levels and an elevated risk of several cancers. They are also linked to a disorder known as methemoglobinemia, which damages a baby’s body’s capacity to carry oxygen.

Is the term “organic” synonymous with the term “natural”?

Be careful not to confuse organic labeling with those on other commonly consumed foods. For instance, requirements for certified organic beef include no growth hormones and access to pasture for at least 120 days of the grazing season. The terms “free-range” and “hormone-free” do not, however, imply that a farmer complied with all requirements for organic certification.

Data suggests that eating organic food may have health benefits as compared to eating food cultivated using the standard (conventional) method. These studies have revealed dietary variations. However, there is little evidence to support how these variations might have positive effects on general health.

Among the potential advantages are the following:

According to studies, organic produce has a minor to moderate increase in some nutrients. Certain antioxidants and flavonoids, which have antioxidant characteristics, may be present in higher concentrations in organic vegetables.

Omega-3 fatty acid levels are typically greater in organic farm animals (livestock) due to their dietary needs. These include giving grass and alfalfa to cattle. A type of fat called omega-3 fatty acids is better for your heart than other fats.

A poisonous substance called cadmium is naturally present in soils and is taken up by plants. Studies have found that organic grains have significantly lower cadmium levels than crops cultivated conventionally, but not for fruits and vegetables. The fact that synthetic fertilizers are prohibited in organic farming may be responsible for the reduced cadmium levels in organic wheat.

Produce grown organically has lower levels of pesticide residue than produce farmed conventionally (traditionally). The guidelines for the maximum residual levels permitted on conventional produce have altered. The levels have frequently been decreased. Pesticides authorized for organic farming or airborne pesticides from conventional farms may leave residue on organic produce.

Many individuals opt to purchase organic food to stay away from synthetic chemicals. Consuming these foods may lessen your exposure to pesticide residues and microorganisms that are resistant to antibiotics, according to evidence.

According to one study, the exceedingly dangerous element cadmium was present in organic vegetables at levels that were 48% lower. Additionally, non-organic crops had a four times greater likelihood of having pesticide residues.

It is critical to remember that conventionally produced fruit had higher amounts of cadmium and pesticide residue, but they were still considerably below safety thresholds. However, some professionals are concerned that cadmium can build up over time in the body and cause harm. These compounds can be diminished by washing, scrubbing, peeling, and boiling food, however they are not usually fully eliminated. Despite this, the data points to a low and unlikely risk of harm from consuming foods that contain pesticide residue.

Not all organic foods are wholesome

It is not always true that a product is nutrient-dense just because it bears the label “organic.” Some of these items still contain added sugar, salt, fat, and calories and are heavily processed.

Consuming organic cookies, chips, sodas, and ice cream, for instance, should be done in moderation. These goods may still be lacking in nutrients despite being organic. Instead of deciding between organic and conventional foods, it may be more advantageous to base your decision on your nutritional requirements and the vitamins and minerals the food contains.

How do you confirm whether it is organic or not? Verify the label

All organic food must adhere to stringent regulatory requirements to be certified under a scheme that the U.S. Department of Agriculture (USDA) established. These guidelines regulate the handling, processing, and production of such food.

Any item that is described or packaged as organic must have a USDA certification. The producer may also use the official USDA Organic seal if it is certified.

According to the USDA, organic food producers who make less than $5,000 annually are exempt from certification requirements. These farmers are required to follow the rules for growing organic food. However, they are exempt from the certification requirements. They may declare that their goods are organic. However, they are unable to utilize the legitimate USDA Organic seal.

According to USDA recommendations, organic foods should be labeled as:

This mark is applied to single-ingredient items such as fruits, vegetables, eggs, meat, and other certified organic products. If all the ingredients, except for salt and water, are organically certified, they may also be used on foods with a lot of ingredients. These might bear the USDA seal.

For a food to be labeled as organic, at least 95% of the ingredients—aside from salt and water—must be organically grown or produced. The non-organic ingredients must come from a list of additional ingredients that have been approved by the USDA. These might also bear the USDA seal.

The term “organic” cannot be used to describe a product if less than 70% of its ingredients are certified organic. It cannot bear the USDA seal either. Which ingredients are organic may be determined from the ingredient list.

Are there drawbacks to purchasing organic products?

Keep these suggestions in mind whether you want to eat only organic foods or a combination of conventional and organic foods:

Pick a range of foods from various suppliers. You will receive a wider range of nutrients and have a decreased probability of coming into contact with a single pesticide.

When possible, purchase seasonal fruits and vegetables. Find out what is in season at your grocery store to obtain the freshest produce. or purchase products at your neighborhood farmer’s market.

Analyze food labels thoroughly. A product is not necessarily healthier just because it claims to be organic or contains organic ingredients. Some organic items could nevertheless include a lot of calories, fat, salt, or sugar.

Fresh fruits and vegetables should be thoroughly scrubbed under running water. Fruit and vegetable surfaces can benefit from washing to get rid of dirt, bacteria, and chemical residue. However, washing will not completely get rid of pesticide remnants. Leafy vegetables’ outer leaves can help reduce pollutants by being thrown away. While peeling can help with contamination removal, it can also reduce nutrient content.