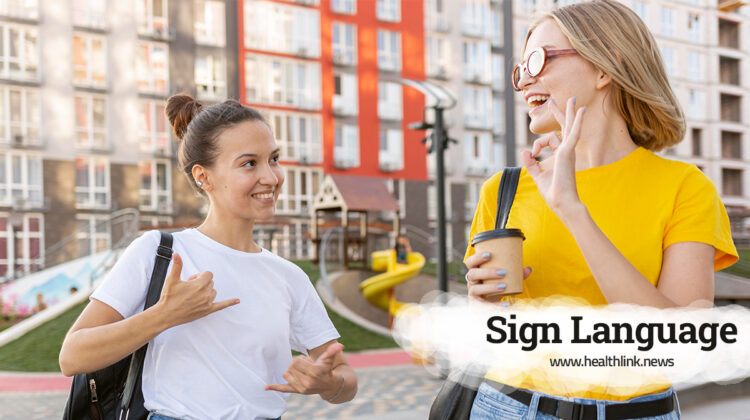 American Sign Language (ASL) is a complete, natural language having the same linguistic properties as spoken languages, but with a grammar different from English. The sign of ASL is either by movements of the hands or face. It is the prime language of many North Americans who can’t hear or have difficulty in hearing and is also used by many people who can hear to have a complete understanding while talking to sign language users.

There is no universal sign language. Different countries or regions use different sign languages. For example, British Sign Language (BSL) is different from ASL, and maybe Americans who know ASL cannot understand BSL; Indo-Pakistani Sign language (IPSL) is prominent among the users of South Asia. Some of the countries have taken up features of ASL in their sign languages.

Where did ASL originate?

ASL is not discovered by any person or committee. The exact commencement of ASL is not defined, but it is believed that it arose more than 200 years ago when local sign languages and French Sign Language (LSF) were merged.  Today’s ASL consists of some elements of LSF including the original local sign languages and with time, these have conflated and transformed into a rich, intrinsic, and mature language. Modern ASL and modern LSF differ from each other. But still, they consist of some similar signs; they are quite difficult to be understood by each other’s users.

How does ASL compare with spoken language?

As a whole, ASL is a language that is separate and different from English. It consists of all the fundamental elements of language, with its own way of pronunciation, word formation, and word order. In every language, there is a different way of expressing different functions, such as asking a question rather than making a statement, languages differ in how this is performed. For example, English speakers may ask a question by raising the pitch of their voices and by adjusting word order; ASL users ask a question by raising their eyebrows, widening their eyes, and tilting their bodies forward.

Like in other languages, the specific way of expressing ideas in ASL differs as much as its user differs from each other. With individual variations in the expression of language, ASL contains regional accents and dialects; like some English words are spoken in different regions. ASL has regional differences in the signing, pronunciation, slang, and signs used. Other factors that can affect the usage of ASL and put up to its variants include age and gender, like in spoken languages.

English words are spelled by the use of fingerspelling in American Sign Language. Each letter represents a distinct in the fingerspelled alphabet. Fingerspelling helps in proper naming or indicating the English word for something.

How do most children learn ASL?

A combination of top-notch instruction and immersion that can be provided by the parents or some teachers helps the children to learn ASL. If a deaf child is born to parents with the same issue who are by themselves using ASL, the child seems to get as hearing child picks up the spoken language from the parents. But if a deaf child is born in the family with no such issue or has no prior experience with ASL, language may be learned by the child. Even it is seen that 9 out 10 children (What Is American Sign Language (ASL) who are born deaf are born to parents with correct hearing. So, some of the parents choose to introduce sign language to their child as well as learn by themselves for better communication. Even one can have access to classes taught by a Deaf person whose background includes a degree in either education, or something like Sign Language Studies, Linguistics, or Communication.

Children who are deaf or hard-of-hearing should be exposed to the language as soon as possible. If a child is exposed at the earliest he begins to get language, the better is the child’s language, and his social development will also become better and cognitive. According to some Research (What Is American Sign Language (ASL) the first few years of life are the most vital for the development of a child in the field of language skills, and the early months of life can be important for initiating a successful communication with caretakers. Newborn babies are tested for hearing before they leave the hospital by screening programs at almost all hospitals in the United States and its territories. If a baby is detected with deafness, this screening provides parents a chance to figure out communication options. Then the Parents can start their child’s language learning process in the early important stage of development.

Support of NIDCD on ASL and other sign languages:

The research states that NIDCD supports ASL, including all its acquisition and characteristics. The funded research thus included the study to understand the grammar, acquisition, and development of the sign language and its use when the spoken language is not used due to trauma or degenerative disease, or when sometimes the speech is hard to get because of early hearing loss or injury in the nervous system.

Thus the study of sign language also helps scientists to understand the neurobiology of language development. In one of the studies, researchers stated that making complex phrases, whether be it signed or spoken, includes the same brain area. So, for the better understanding of the neurobiology of the language, it can provide a translational foundation for treating injuries of the language system, even for use of signs or gestures in the therapy for everyone whether being adult or children and for the diagnosis of the language impairment.

NIDCD is created by small communities of people with the least or no outside influence to fund research on sign languages. So, the emergence of sign language can be also used to showcase the essential elements and organization of natural languages. Even it is used to learn about the difficult interplay between natural human abilities, environment, and learning outcomes.

ASL is the best method for educating deaf children because they have better receptive through visualization. Children finding it hard to hear should be taught to learn to speak, lip-reading and listening. ASL is prominent in the Deaf Community and Culture. By studying ASL, one can promote more awareness and sensitivity to the deaf and hard of hearing community. Someone proficient in ASL, will develop a strong appreciation for deaf culture, and even can promote understanding and acceptance of the language among others.

If you’re a hearing person, it will teach you to focus and concentrate like nothing else! With oral language, your face and eyes, and hands can be doing whatever, while your ears will do all the work of processing the incoming language. With a signed language, your ears are out of the picture, your eyes must be attending to the speaker at all times, and your face and hands need to be ready to respond to state that you’re participating and understanding.  You will immediately understand something that many hearing people never understand: signed languages are not pantomimed versions of a spoken language. You cannot learn the individual signs for the words you want to say and then sign them one by one in the same order as English, that’s not ASL. ASL’s vocabulary, grammar, pragmatic and discursive structures, expressions of verbal art (e.g. poetry), etc. are completely different from English. If you go enough into any language, you will learn all about the culture(s) of the language and new ways of thinking about language. Sign language is no exception. Native speakers of ASL and native speakers of American English live side by side in the same place, but there are important and fascinating differences in approach to interacting with other people and the environment.

Sign language acts as a bridge between the communicators who are deaf or find it difficult to communicate by speaking words. It provides certain movement of hands and eyes or face which helps in better understanding. Children should learn about sign language as early as possible because in the early stages of life they can get knowledge. Those who are in need of learning sign language can enroll in schools or universities which includes sign language courses. But one thing one must keep in mind is that we all are the same so we must not make feel inferior to use. Sign language is crucial for deaf children and also beneficial for children who suffer from autism, for children who are non-verbal.