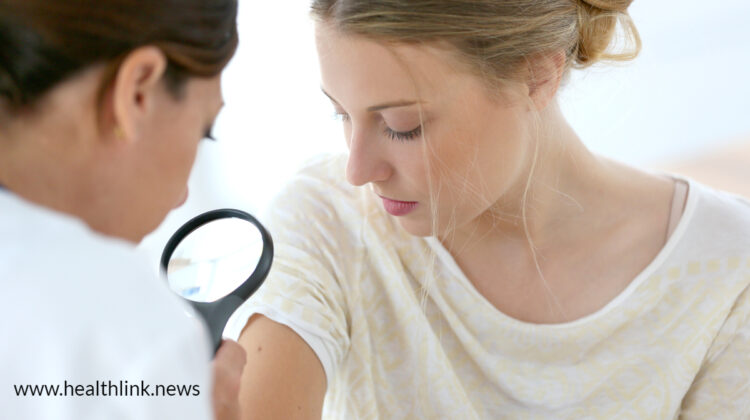 Skin problems affect the skin, hair, and nails. They can be caused by injury or disease, but skin disorders are also genetic in some cases. Conditions like acne or psoriasis are common, and they may be temporary or ongoing.

There are many different types of skin disorders:

Contact dermatitis is an allergic reaction to foreign substances that come in contact with your skin. It’s usually found in areas where you’ve been exposed to irritants or have worn tight clothing for extended periods such as on your neck, wrists, or hands. Symptoms of contact dermatitis include redness and itching. In some cases of severe reactions, blisters may form that ooze fluid and crust over. Contact dermatitis can occur after applying certain cosmetics or fabrics such as wool, rubber, and latex.

Warts are caused by a virus called human papillomavirus (HPV). HPV is one of the most common viruses — more than half of people will be infected at some point in their lives. Most people don’t know they have HPV. Although there aren’t any serious health effects from having a wart, many people feel uncomfortable and want to get rid of it.

Psoriasis is a skin condition in which scaly, silvery patches of skin appear. These patches are typically found on the knees, elbows, lower back, and scalp. Psoriasis may also cause painful joints and silvery scales to form on find. Treatment varies depending on the severity of the condition, but there is no cure. While people with psoriasis can often control their symptoms through medications, lifestyle changes, and other methods.

Melanoma develops from cells called melanocytes, which form in the skin’s basal layer and produce melanin, the pigment that gives skin its color. When melanocytes become cancerous and begin to multiply rapidly, they can spread to other parts of the body via lymph vessels or blood vessels. This can result in additional tumors, which is why it’s so important to catch melanoma early.

Acne is the most common skin disorder in the United States. Acne occurs when oil glands located under the surface of the skin are clogged with dead skin cells and bacteria, creating a pimple or pus-filled cyst. There are many different types of acne, ranging from mild to severe cases that can become infected.

Cold sores are small, red, fluid-filled blisters that touch the surface of the skin. They are caused by the herpes simplex virus. Cold sores most often occur around the lips, but they can also occur in other areas of the body such as the nose and chin. Cold sores are highly contagious and can be spread to others by direct skin-to-skin contact. Cold sores occur when the herpes simplex virus becomes active. There is no cure for a cold sore, but there are ways to reduce the frequency and severity of outbreaks.

Lupus is a chronic autoimmune disease that can affect the skin, joints, kidneys, heart, lungs, and brain. It causes inflammation in these areas of the body. Lupus can also damage the body’s tissues and organs. Many people who have lupus have periods without symptoms (remissions). They may feel well enough to go to school or work. The most common lupus symptoms include- Fatigue, Joint pain, Fever, Headaches, and Sensitivity to sunlight (photosensitivity). Other symptoms include- Tiredness and weakness, Weight loss and muscle aches, changes in vision or blurred vision, and Swollen or painful joints (arthritis).

A blister is a raised, fluid-filled area on the skin that contains clear fluid. Blisters are also called vesicles or bullae. The fluid inside a blister may be clear or cloudy and will gradually dry up, leaving a scab. Blisters often heal themselves without any treatment. However, some blisters can become infected, so it is important to seek medical attention if you suspect infection.

Skin rashes and hives (itchy, swollen areas) are common skin problems. They may be caused by irritants like poison ivy or pollen, or by an allergic reaction to a chemical.

Actinic keratosis typically appears on appears exposed areas of the body. They usually start as small, rough patches that grow in size and thickness over time. They’re usually between 0.5 and 2 cm in size and may look like fingernail scrapings or scaly patches of red, brown, pink, tan, or dark-colored skin. Some actinic keratosis is raised slightly above the surrounding skin and has a hard, crusty surface.

Common symptoms include facial flushing, raised, red bumps, facial redness, skin dryness, and skin sensitivity. It is a chronic skin disease that goes through cycles of fading and relapse. Relapses may be triggered by spicy foods, alcoholic beverages, sunlight, stress, and the intestinal bacteria Helicobacter pylori. There are three main treatment options for rosacea: avoiding triggers such as sun exposure and spicy foods; topical creams (metronidazole or azelaic acid); and oral antibiotics (tetracycline or doxycycline).

Carbuncles are very contagious and can spread to other parts of the body. People who have diabetes, liver disease, or immune system problems are more susceptible to carbuncles. In addition, carbuncles can also be caused by certain types of non-prescription acne medications. Treatment includes antibiotics to kill the bacteria and using warm compresses, antiseptic solutions, or ointments to help decrease inflammation.

Latex allergy can cause a rash of raised red bumps and itching within minutes to hours after exposure to latex. People with a latex allergy may experience skin irritation at the site of contact with latex products. Latex allergy symptoms may develop hours after exposure to latex products. The allergic response to latex may occur more rapidly during exercise, washing, or when a person is already ill. In such cases, the rash may develop within minutes of exposure.

Eczema, also known as atopic dermatitis, is an inherited chronic skin condition that causes a red, itchy rash. Eczema usually affects the skin on the face and arms, but it can also appear on other areas of the body. Treatment of eczema depends on what type you have and how serious it is. Many people with mild eczema can be treated with over-the-counter creams and ointments.

Keratosis pilaris is a common skin condition most often seen on the arms and legs, but it might also occur on the face, buttocks, and trunk. This common condition usually appears as small, bumpy, and slightly red patches of skin that feel rough to the touch. It often worsens in dry weather as well as when taking hot showers or baths. Keratosis pilaris usually clears up on its own by age 30. While it may not be aesthetically pleasing, it’s not harmful and doesn’t require treatment. If you have trouble with the cosmetic appearance of keratosis pilaris itself, there are a few steps you can take to help improve your skin’s appearance.

Seborrheic dermatitis, also known as seborrheic eczema, is a common skin condition that causes flaking and redness. It’s not contagious or dangerous. It often occurs in people with oily scalps or other skin conditions, but it can also appear in people with healthy skin. Treatment options include lotions and medications to speed up the healing process. If you have seborrheic dermatitis, you may also need lifestyle changes to help ease the symptoms.

Ringworm is a fungal infection of the skin that causes a circular-shaped rash with a raised border. The center of the ring may appear clear and healthy, whereas the edges of the ring can spread outward. Tinea corporis — also known as “ringworm” — is most common in children and young adults, particularly those who wear tight clothing, such as athletes. It is not contagious and cannot be spread from one person to another. Tinea corporis may be treated with an antifungal cream or ointment.

Melasma or chloasma is a common skin condition that causes dark patches to appear on the face and, rarely, the neck, chest, or arms. The word melasma is derived from the Greek word melas, which means black. Most people with melasma develop it during pregnancy (pregnancy mask or chloasma). It can also occur in men and women of all ages. Treatment for melasma may vary based on your age, skin color, the extent of your condition, and whether you are pregnant. However, treatment will not make your spots disappear completely. Melasma may go away on its own within a year or may become permanent.

Cellulitis is a serious bacterial infection of the skin. It causes red, painful, swollen skin that is hot and tender to the touch. Cellulitis is characterized by red, painful, swollen skin with or without oozing those spreads quickly. Hot and tender to the touch, it’s also accompanied by fever, chills, and red streaking from the rash. The infection is usually caused by bacteria entering the body through a cut or crack in the skin. Cellulitis is more common if you’re: middle-aged or older, elderly, overweight, diabetic, and weakened by an illness such as cancer or AIDS.

Measles, also known as rubeola, is a serious disease that causes a distinctive red rash and high fever. It’s caused by a virus that can be spread through the air when someone coughs or sneezes. Measles begins with cold-like symptoms, including fever, runny nose, cough, watery eyes, and sore throat. A rash of tiny red spots appears on the face three to five days after the first symptoms appear. The spots spread down the body over the next few days.

Basal cell carcinoma (BCC) is the most common type of skin cancer. It’s less dangerous than other types of skin cancer and usually doesn’t spread to other parts of the body. But it can be disfiguring if it’s not treated, so it’s important to see a dermatologist if you notice any changes in your skin or have symptoms that worry you.

Vitiligo is a long-term condition where patches of skin lose color. It’s not infectious or contagious. It’s not cancerous and it won’t lead to skin cancer. It’s also not a scarring condition, although the loss of skin color may leave white marks. Treating vitiligo will make the white patches less obvious and stop new patches from appearing. Treatments include- Skin camouflage (make-up), Phototherapy (treatment with ultraviolet [UV] light), Corticosteroid creams (anti-inflammatory medication), and Dietary changes such as avoiding vitamin B12 supplements, which can trigger vitiligo.

Impetigo is a skin infection that causes blisters. It mainly affects children and babies. Impetigo can be very contagious, so anyone with impetigo should not go near other people until it has healed completely. Treatment for impetigo includes cleaning the area, then applying a thin film of an antibiotic cream such as Fucidin twice a day for 5 to 10 days. You can also use an antiseptic cream or lotion such as chlorhexidine or povidone-iodine on the affected area.

•        Antibiotic ointments and creams applied directly to the blisters

When to see a doctor?

You should see your doctor right away if you experience any symptoms associated with severe skin disorders like erythema multiform or toxic epidermal necrolysis. These conditions are serious and can result in death if left untreated. Skin conditions can affect anyone at any age. Some skin disorders are temporary and will eventually resolve on their own, while others must be treated by a dermatologist.