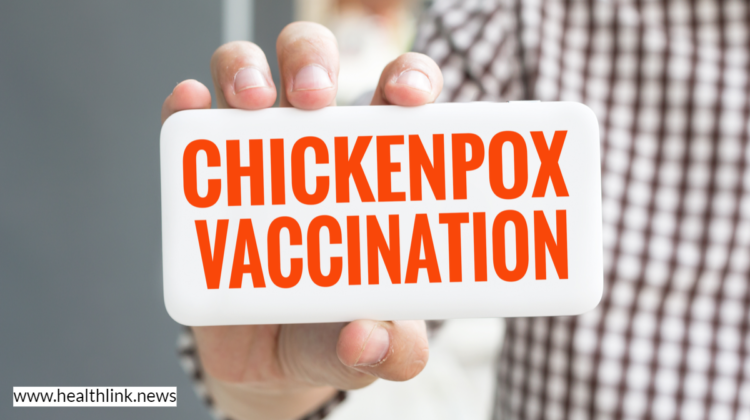 A simple answer can be drawn as chickenpox is a disease caused by the varicella-zoster virus.

The viral infection is highly contagious, and it is easily found in children but sometimes the virus can also be caught by adults. Adults as compared to children seem to have a higher tendency of developing life-threatening infections. People who have diseases like HIV, Cancer, or any other disease which directly targets the immunity of the body are at the verge of higher risk of getting infected. The viral infection’s signs can be easily discovered. These signs or symptoms, start with the itchiness and rash on the body, then turn into pimple-like structures(blisters). These fluid-filled blisters pop out on the body, and they are filled with some liquid which again takes time to get treated. In some severe cases, these blisters somehow cover the whole body of the infected person. In the next stage of chickenpox, these blisters get leaked, and they start to cover with the crusty and scabs-like structures on every eruption of them. The interesting fact about the viral infection of chickenpox is that even after getting recovered it stays in the body for years and can activate itself and cause illnesses and this illness is known as ‘Shingles’.

When we talk about chickenpox it creates an image of having red pimples on our body. Those red pimples are blisters, and they are filled up with some liquid upon popping, this liquid spreads on the body which later turns into scabs. Chickenpox is an infection, and it is caused by the virus known as varicella-zoster. Hence it is a viral disease. Because of chickenpox, one can feel itchiness with small red blisters on the body surface of the infected person. These blisters when popped out release a fluid-like substance and this liquid gets spread on the area and later they convert into crusty scabs.

It is known that chickenpox is a very contagious viral infection. It can easily be spread among those who have not had it earlier or been vaccinated against it. Nowadays, vaccination is done to avoid getting chickenpox and is easily available on the market. But one always needs to consult with his or her doctors before taking any measures. The vaccine protects children as well as adults to fight against the virus. Chickenpox comes under the category of mild disease, but if not taken any precautions and treatment it can turn out to be the worst nightmare.

There are problems related to chickenpox. These problems create complications and effects which are listed below:

We learned that chickenpox is a communicable infection, and no one is safe from it, not only children but adults are also prone to it. If we talk about who is at greater risk, one can say, anyone who is exposed to the patient or with the infected person, the people who are at higher risk of getting the infections are:

It is found that if the mother is infected in the early stages of her pregnancy, then it might be a problem for the baby as because of the viral infection of chickenpox, the newborn baby will weigh less and there will be abnormalities in him/her.

Apart from this, the baby has a higher risk of developing a life-threatening infection if his or her mother has been infected one week before the birth or after the birth of the child.

The main reason behind having this viral infection is because of the virus named varicella-zoster. Apart from this, chickenpox is also spread from the surroundings. If the infected person coughs or sneezes, the tiny droplets of the viral infection get mixed into the air, and when someone inhales that air, he unknowingly catches it and gets infected in this way.

Another way in which it can get spread is by the rash, the clothing, or whatever surface that rash is exposed to, it can very easily contaminate the other surfaces as well. If somebody touches the same cloth or surface it will surely get infected.

The person who works at childcare or school must vaccinate himself, as having vaccination can avoid him from getting a varicella-zoster virus or if he had chickenpox earlier otherwise if he never had chickenpox, the risk of getting chickenpox virus is very high in that situation. Chickenpox is quite easy to spread as they are highly contagious. People do not know and they became the medium of its propagation. Most of the time the parents become the medium for spreading the viral infection of chickenpox among their children.

People who have already suffered from the viral infection of chickenpox develop immunity against the virus later. It means that they are no more prone to the virus. Though the chances of having varicella-zoster infection a second time are rare, in some cases this might happen as well, and it converts to some different disease which is known as ‘shingles.’

After getting chickenpox, the rash appears, and it fades in three stages these stages are classified as:

After going through and understanding the different stages of the virus, it can be said that if someone is facing such symptoms then he needs to take care of it in the early stages. Or else new eruptions of blisters will continue to appear till the third stage. Then after the third stage, the blister turns out to be in Crusty and Scab form. This is as painful as it sounds.

chickenpox was very prominent before the discovery of its vaccine. The infection is very mild in healthy children. There are severe cases in which the rash of chickenpox sometimes spreads over the whole body of the infected person. But because of medical advancement, one can simply avoid it as well.

As the viral disease cannot be treated but they can be preventative. The best way to prevent it is by having a vaccination. Varivax is a recommended vaccine for chickenpox. Furthermore, given below are the criteria that one needs to follow if he wants to get vaccinated.

If young children, then

This vaccine can be given as a combined vaccine with other vaccines such as the vaccine for measles, mumps, and rubella. This combination might be responsible for the fever and seizures in the child aged between 12 to 23 months (about 2 years). It is always better to have a word with a doctor about the same.

People can vaccinate themselves but if they fall under these then they do not need to as the vaccine is not approved for them.