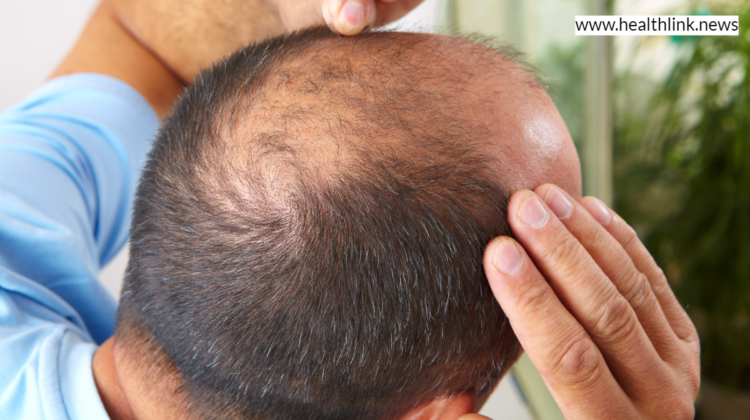 Anxiety and stress affect us all in different ways. Trichotillomania is characterized by an intense desire to pull off one’s own hair. Pulling hair out repeatedly over time might result in bald areas and even greater emotional distress.

Trichotillomania is a form of impulse control disorder that is sometimes known as “hair-pulling disorder.” Hair loss occurs because of repeated cravings to tug or twist their hair until it snaps. Even though their hair thins, individuals are unable to quit this tendency.

Trichotillomania is a condition in which people have an uncontrollable need to pull their hair out, from the scalp, eyelashes, and eyebrows. They are aware that they have the ability to cause harm, yet they frequently lack the ability to control their impulses. When they are anxious, they may rip their hair out in an attempt to calm down.

Many persons with trichotillomania focus on pulling out hair from their scalp as children, concentrating on just one or two regions; however, people with TTM do not always limit hair pulling to the scalp. They may pull hair from other places on their body, such as their brows, eyelashes, or any other hairy area. This might result in bald areas and hair thinning over time.

Trichotillomania normally appears during adolescence; however, it has also been observed in young children. It can last for several years, even until adulthood once it begins. It affects both boys and females equally in childhood, but females are more likely to be affected in maturity.

Symptoms usually appear before the age of 17. Hair might emerge in circular spots or all over the scalp. The result is a skewed appearance. Other hairy places, such as the brows, eyelashes, or body hair, may be plucked.

These are the most common symptoms in children:

Many people with this disease experience issues with:

Those who suffer from trichotillomania may develop side symptoms such as itching or tingling where their hair was pulled, as well as bald spots, Irritations on the skin because of thinning hair, and social phobia.

What is the cause of Trichotillomania?

The exact cause of trichotillomania is unknown. It is possible that it is caused by a genetic mutation. Environmental variables could also be a factor.

The typical age for the symptoms to show is between 10 and 13 years old, according to a 2016 study. Pulling out the hairs on the scalp is the most common symptom, and it makes the person feel less anxious or tense.

Many people are completely unaware that they are pulling their hair. When they realize, they are ripping out their hair, they may become even more anxious and embarrassed. This results in a loop of anxiety, hair pulling, and temporary respite, followed by anxiety, shame, and hair-pulling once more.

Trichotillomania is a mental health disease that can be linked to other issues like:

Trichotillomania does not affect everyone who has these symptoms. Symptoms can appear for a variety of reasons, including:

Trichotillomania can be exacerbated by a few factors, including:

What are the elements that put you at risk?

Trichotillomania can affect people of various ages, including children, adolescents, and adults. It is, however, more common in women than in men, with a 9 to 1 ratio.

The following are some of the risk factors for developing trichotillomania:

This condition is likely to be underreported.

The signs of trichotillomania are used to get a diagnosis. It does not have a specific test.

A doctor may recommend someone with trichotillomania symptoms to a psychiatrist or psychologist, who will conduct an interview and determine whether the person has an impulse control condition.

Treatment for Trichotillomania and Home Remedies

People with trichotillomania can benefit from a variety of therapies, which can even help them quit pulling their hair.

Although there are no FDA-approved medications for trichotillomania, these medications may help some people manage their symptoms:

A person diagnosed with trichotillomania must match the following criteria, according to the DSM-5:

Is there anything that could go wrong? – Complications.

Trichotillomania can result in scarring and permanent hair loss. People who continue to pull their hair out until adulthood are more likely to develop this condition.

Trichophagia is a condition in which persons with trichotillomania consume their own hair. This can cause hair to build up in the digestive tract, which can lead to a hazardous obstruction.

What is the prognosis for trichotillomania sufferers?

Trichotillomania is a condition that is frequently misdiagnosed. Those who are suffering symptoms may be embarrassed or frightened to discuss their concerns with their doctor. Symptoms may afflict one individual for a few months, while another may experience them on and off for years. Hair pulling desires may occur frequently for a few months before disappearing totally for a short time, according to many people.

Although there is no known method to avoid trichotillomania, seeking therapy as soon as symptoms appear can be extremely beneficial. Hair-pulling behavior is commonly triggered by stress, thus learning stress management is a smart idea.

How do you tell a friend you have trichotillomania?

It might be difficult to know what to say if you suspect a friend or loved one is suffering from trichotillomania symptoms. Here are some suggestions:

“Why don’t you just quit pulling your hair?” is a phrase to avoid. Every day, your loved one is most certainly asking oneself the same question. Saying something like this could exacerbate their guilt and embarrassment.

“Just find a different technique to handle stress.” They have attempted this a hundred times before. Instead, talk to your loved ones about their emotions and how you can best help them.

Instead, say, “How can I assist?” You can show that you care by assisting them in finding an expert healthcare provider, locating local support groups, or simply listening.