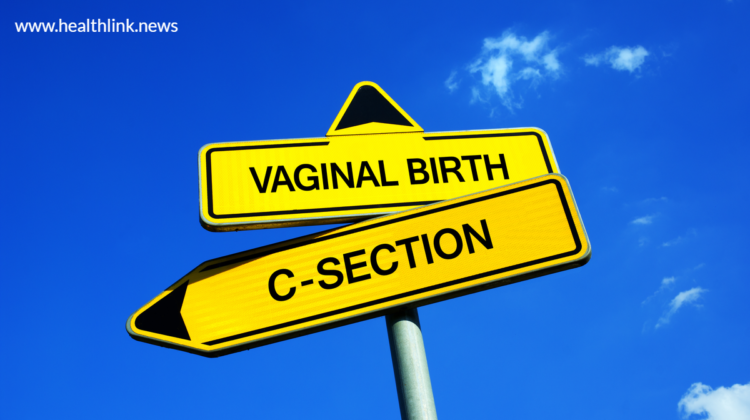 Today, more women than ever before are having cesarean deliveries, sometimes or more often known as C-sections, which is a medical operation that involves making an incision in the belly and uterus to deliver a baby.

If you have previously had a cesarean delivery (C-section), it does not totally guarantee you will have to do it again; instead, you must determine whether to give birth vaginally or not. Many women who have previously had a C-section can surely have vaginal births or deliveries. They can have a vaginal birth after cesarean, known as planned Vaginal Birth After Caesarean (VBAC), or just opt for another c-section itself, known as Elective Repeat Caesarean Section (ERCS). There has not been a lot of data on the health risks and results related to VBAC to ERCS until recently.

Now, one of the most important factors you have to consider is your and your baby’s safety. It should be your first and foremost priority. VBAC is not always the best and safe option for all women.

If you try to give birth vaginally and are at a high risk of complications, it can only result in major problems for you and your baby, some of which are life-threatening too. As a result, it is critical that you discuss these factors with your doctor.

Who should consider a VBAC:

It is possible that your doctor will tell you that VBAC is too dangerous for you to have a vaginal birth. Any of the following health issues could be a problem:

Because difficulties might rise rapidly, the location of your delivery is particularly important.

Make sure you consult your doctor and let him help in deciding your next delivery. If he thinks you are healthy enough for a VBAC, then you can consider it. There are plenty of reasons why you should go for it.

Why you should consider a VBAC:

The majority of women around the globe who attempt VBAC are those who have the ability to deliver their babies vaginally. There are numerous advantages to opting for a VBAC over a C-section. Here are a few to name:

Who makes the decision on whether or not you should try for a VBAC? If a VBAC is right for you, you and your doctor together will decide. Consult your healthcare practitioner about the dangers and advantages to you and your child.

Because each woman’s risk is unique, find out what factors are most important to her. The more information you have about VBAC, the easier it will be to determine whether it is best for you.

If your physician indicates you can have a VBAC, there is a strong chance you will be able to do so successfully. The majority of women who attempt VBAC are able to deliver their babies vaginally.

What are the benefits?

You may choose to try VBAC for a variety of reasons, sometimes including the following advantages if it is possible:

What are the risks?

VBAC has long been seen to be the riskier delivery option for women who had previously had a cesarean birth.

A study also discovered that the likelihood of developing a huge problem is quite low and that unfavorable outcomes occur seldom.

Researchers looked through and examined the health data of 74,043 women in Scotland, all of those who have previously had a cesarean birth so that they can compare the risk of delivering vaginally against an elective cesarean delivery following a previous cesarean birth.

45,579 of these women had an ERCS and 28,464 had a planned VBAC, with roughly 28% of them having a non-elective repeat cesarean delivery.

While all the women who had a planned VBAC had more health complications, the overall, or absolute, the chance of experiencing an adverse event from either delivery style was minimal, according to the researchers.

Only 1.8 percent of these women who attempted vaginal delivery and 0.8 percent of women who had a second cesarean birth had a major maternal complication, such as a blood transfusion, sepsis, or uterine rupture.

An unfavorable child health outcome occurred in about 8 percent of those who gave birth vaginally and 6.4 percent of those who delivered via elective repeat cesarean birth, such as stillbirth, admission to the neonatal unit, or resuscitation requiring medications or intubation.

Even while the general risk of problems is low, it is vital to remember that vaginal birth has a higher risk.

Both of these rates are low, yet a woman who chooses to VBAC is six times more likely to rupture her uterine than a woman who decides to have an ERCS.

Additionally, women who gave delivery via VBAC were more likely to have a puerperal infection and surgical damage.

Women who had a VBAC, on the other hand, were more likely to breastfeed at birth as well as at 6 to 8 weeks postpartum than those who had an ERCS.

Because of the low risk, some women may like to consider attempting vaginal birth after a cesarean birth.

Given the low and overall frequency of negative outcomes, most eligible women (those without contraindications) continue to be good candidates for planned VBAC. Inappropriate, eligible pregnancies, VBAC is becoming more frequently accepted.

In rare situations, a vaginal birth may even lower the risk of maternal complications such as bowel and bladder injuries, which are common after many cesarean births.

Have a C-section scar?

The sort of C-section scar you have on your uterus is an important topic to discuss with your doctor. (It is possible that this is the same type of scar you have on your abdomen, but it is going to be in a different direction.) During a C-section, doctors create incisions (cuts in the abdomen and uterus) in two separate directions:

You cannot attempt VBAC if your C-section scar is vertical. When you try to have a vaginal birth, there is a very high danger that your scar will rupture (burst open or tear), causing serious harm to both you and your baby. A C-section will be required.

If your C-section scar is low and transverse, and your other risk factors are really low, your doctor may allow you to undergo VBAC.

While there are more health risks with planned vaginal births after cesarean (VBAC) than with a subsequent cesarean birth (elective repeat cesarean section, or ERCS), such as uterine rupture, blood transfusions, and sepsis, the overall risk of experiencing a complication with either delivery method is low. The researchers expect that by sharing all this information, clinicians will be able to better advise pregnant women on their delivery alternatives. So, talk to your doctor about all the factors and make an informed decision that you think is good for you.