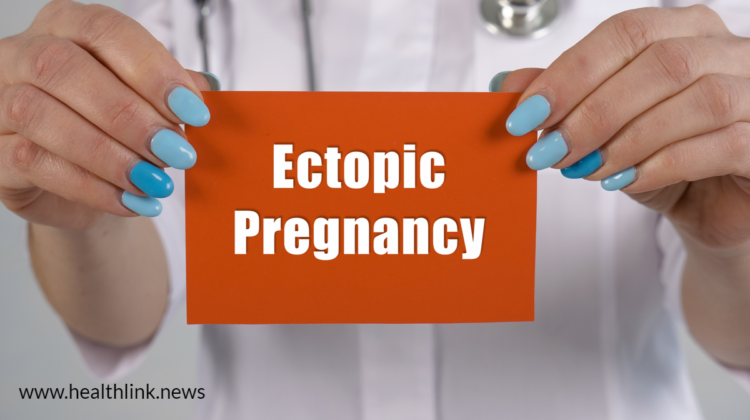 Once you are pregnant, you are overjoyed by the news and within a few days, you shall be bringing home your little one and have great and enjoyable motherhood in the coming days. But certain abnormalities might occur in your pregnancy and some such abnormalities can severely affect the growth and development of your child and can thus affect your pregnancy. Ectopic or Extrauterine pregnancy is an example of such an abnormality that occurs in a female body while she is pregnant.

What Is Ectopic Pregnancy?

In the case of a healthy pregnancy, after the female reproductive nit known as an ovum or simply an egg gets fertilized by a male reproductive unit known as sperm, the embryonic cell that forms because of fertilizations travels down the fallopian tube and gets attached to the woman’s uterine wall and undergoes further growth and development to form a baby. But if anyone develops an abnormality known as ectopic pregnancy, the embryo cannot travel down to the woman’s uterus after being fertilized and grows somewhere outside or external to the uterus. For that matter, ectopic pregnancy is also often known as ‘extrauterine pregnancy. Certain causes, symptoms, and risks are associated with ectopic pregnancy and before you are planning to get pregnant, you should thoroughly know about these types of abnormalities so that you can take better care of yourself and your developing baby.

The Place Of Occurrence:

Doctors often say that apart from nausea, tingling of breasts, or missing a period, there are some other signs too that begin to appear in the early stages of ectopic pregnancy. Some such symptoms can be mild bleeding from the vagina and little to severe pain in the pelvic region. Some can also experience pain in the shoulder or irregularity of bowel movements. These symptoms occur because the blood might start leaking from the fallopian tubes.

Symptoms of emergency and complications:

Sometimes ectopic pregnancy can become life-threatening and fatal because in some cases, heavy growth of the egg within the fallopian tubes can cause the tubes to rupture due to the excessive pressure exerted by the growing cell on either side. In this condition, heavy bleeding occurs within the abdomen and can eventually lead to lightheadedness, fainting, and shock.

Some other symptoms of ectopic pregnancy are as follows:

If you feel that you are experiencing the above or related symptoms, you should contact your health care expert at once because the negligence of these symptoms can be lethal and become life-threatening.

There are certain risk factors that are related to ectopic pregnancy and may occur among many sexually active women. Somen common risk factors are as follows:

These risk factors should positively be brought under the supervision of your health care expert to prevent further severity of the conditions.

Effect On The Child If You Have Ectopic Pregnancy:

An ectopic pregnancy can cause serious harm to your developing baby as your baby is not even placed in the correct location of your uterus. The baby will not survive for long in case of ectopic pregnancy. It can only be saved by the proper diagnosis as early as possible to save the lives of both the mother and the developing child.

There are several ways that will help treat ectopic pregnancy that your concerned health care expert might suggest to you for better and faster recovery and thus to save the life of your child and yourself.

If your ectopic pregnancy is at a mild state, then your doctor may prescribe you some medications that will dissolve the complications of ectopic pregnancy in your uterus and fallopian tubes and that will also prevent the bursting of the tubes and vaginal bleeding. According to some recent studies medications like methotrexate (Rheumatrex) can effectively help to prevent an ectopic pregnancy. Apart from this, medicines like Methotrexate might be inserted with the help of an injection syringe, and it can help to prevent the growth of radical cell division that leads to the formation of ectopic mass. But the use of this drug can lead to symptoms such as miscarriage, cramps, pain in the abdomen, the passing of tissue, and many others. This drug has lower risks and side effects in the uterus and the fallopian tube than that of surgery.

Sometimes the intensity of ectopic pregnancy might be so high that medications might work and the doctor might suggest surgery, specifically a laparotomy surgery that may effectively help to treat any damage of the uterus and fallopian tubes and thus will heal ectopic pregnancy. Sometimes surgery might lead to mild bleeding from the vagina and some traces of blood clots.

Certain home remedies might also help to treat ectopic pregnancy. You should notice and check the following things every day:

Obtain a self-care schedule to treat ectopic pregnancy. Some such techniques are listed below:

What to Do If You Have Anemia in Pregnancy?

Premature Labour: How Can you Prevent Premature Birth?

Why It Is Good Idea to Bed Rest During Pregnancy?

Bleeding and Spotting During Pregnancy: What It Means?

Symptoms of Miscarriage: What to Do if You Have Them?

What Are the Causes of Eclampsia and Preeclampsia in Pregnancy?