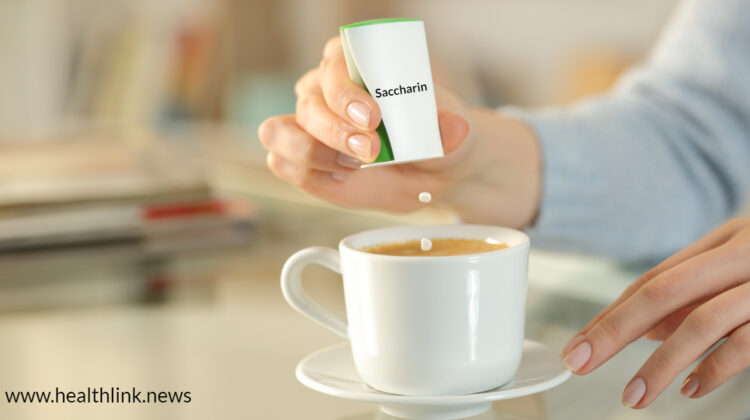 Saccharin is one of the most widely used sweeteners that are not just affordable but are also much low in calorie contents. In fact, it is much lower in calorie content compared to sugar but tastes 200 to 700 times sweeter compared to regular table sugar. It has been used as a sweetening component in various dishes and sweets or desserts like candies, pudding, jam, jellies, juice, cookies, and so on and leaves behind a sweet metallic taste in your mouth after having it, so, manufacturers and cover with:

Saccharin is a well-known, commonly used artificial sweetener that is low in calorie content and used as an alternative to high-calorie, regular table sugar. It is an oxidized form of chemicals like o-toluene sulfonamide or phthalic anhydride that are mainly processed in laboratories and are consumed in processed forms.

Saccharin comes with a white or cream shade and takes the shape of crystalline powder. Saccharin is reportedly known to contain low levels of calories or carbohydrates and so these are often consumed as artificial sweeteners or as alternatives to regular table sugar. The sugar particles that human beings consume through saccharin are not broken down into further microparticles, so there is no fear of gaining weight. Moreover, saccharin is much sweeter than ordinary sugar, so it is always consumed in a very low amount. Saccharin is often mixed with other low or zero-calorie sweeteners like aspartame in various carbonated diet drinks or juices, because of its metal-like, bitter aftertaste. It is often found that saccharin is beneficial for long shelf life because it is stable. So, food manufactures often tend to use saccharin for this reason.

Besides, saccharin can be stored for a long time and can be consumed gradually. Apart from being used in several carbonated drinks and diet soda, saccharin is used as alternatives to regular sugar in sweets, biscuits, with cereal meals like porridge or fruit, and even as sugar substitutes in your tea, coffee, some beverages and in regular cooking and baking. Saccharin is known to have several medical uses too.

In Which Foods Will You Find Saccharin?

Saccharin is a sugar alternative and so it is most widely found in a good amount of diet foods and carbonated drinks. It is also used as a substitute for your regular dishes and beverages instead of the high calorie table sugar. Saccharin is available in the market in various forms like granule, powder, capsule or liquid form and it is on average, 500 times sweeter than ordinary sugar.

A very common source of saccharin can be carbonated drinks or diet soda. These types of drink usually contain no added sugar, but the sweetness in these beverages is derived from artificial sweeteners like saccharin. But according to the FDA one must limit the amount of saccharin consumption to not more than 12 mg per fluid ounce. When saccharin was banned in the 1970s, many diet drink manufacturers switched to aspartame as a sweetener, and it is still used as a sweetener even today. Saccharin is a widely used sweetness alternative in desserts, jams, jelly, chewing gum, canned fruit, candy, baked foods like cakes and croissants, dessert toppings, dessert garnishing sugars, and salad dressings. Apart from these foods, saccharin is also often used as a key ingredient in several cosmetic products, including toothpaste and mouthwash. The sweet-bitter taste in toothpaste is often derived from saccharin components. Moreover, because of having medicinal properties saccharin is also commonly used in medicines, vitamins, and pharmaceuticals. In the European Union, saccharin that has been added to food or drinks can be identified as E954 on the nutrition label.

How Much Saccharin Is Good for You?

The acceptable daily intake (ADI) of saccharin (as set by FDA) on an average is 2.3 mg per pound (5 mg per kg) of your total body weight. So, if our net body mass is 154 pounds (70 kgs approximately), it is feasible to consume 350 mg of saccharin per day. It would be easily understandable if stated like this:

It is permissible to consume 3.7, 12-ounce cans of diet soda daily containing nearly around 10 servings of saccharin. But it is often suggested to carry out more studies and experiments about the exact feasible amounts of saccharin by the human body (1Trusted Source).

Regular sugar is a rich source of calories that often result in weight gain. So, if you are thinking of weight loss then it will be ideal to switch to artificial sweeteners or saccharin that are much sweeter than ordinary table sugar and protect against obesity. When you avoid added sugars and start having saccharin, you are consuming much lower levels of calories, while enjoying the foods and drinks you want to have like sweet dishes, candies, jams, jellies or carbonated drinks. Though the process of food preparation is an important factor, it has been reportedly found that saccharin can replace 50–100% of the regular table sugar in certain food products without significantly compromising the exact sweetness or texture, but with a lower number of calories. A recent study based in the US has revealed and analyzed all the evidence about artificial sweeteners and how they affect the body after you consume them with foods and drinks. The inferences clearly stated about replacing sugar with zero- or low-calorie sweeteners to prevent weight gain. Moreover, it lowers the net intake of calories (94 fewer calories per meal, on average) and helps to reduce weight (about 3 pounds or 1.4 kg, on average).

People with diabetes should choose saccharin as an alternative to regular table sugar because it is consumed in much lower proportions as it is much sweeter than regular sugar and does not break down metabolize within your body after consumption. Because of this, it is found that saccharin consumption, unlike sugar can maintain your blood sugar at normal levels, unlike table sugars.  A new study carried out on 128 people with type 2 diabetes has shown that there is no adverse effect of artificial sweeteners on their blood sugar levels. Moreover, saccharin contains a component called sucralose (Splenda) that do not disturb your blood sugar levels, which is also almost the same in the case of other artificial sweeteners like aspartame. But it is important to carry out further studies to reach any conclusions (2 Trusted Source).

3. Lowers The Risk of Tooth Cavities:

Tooth decay is a major dental issue and doctors suggest that high consumption of added sugar is a major cause behind this. This is because the bacteria present in your mouth often tends to ferment the regular table sugar in your foods into certain forms of acids that are malefic for your dental health and often leads to wearing away of your tooth enamel, finally leading to tooth decay. But this case does not occur if you consume artificial sweeteners like saccharin instead of regular table sugars that are not fermented inside your mouth. So, it is highly necessary to switch to artificial sweeteners like saccharin instead of foods with added sugars to prevent tooth decay. Saccharin is often used as a medical component to lower the chances of tooth decay (3 Trusted Source).

Some Health Risks of Saccharin Consumption:

Besides having so many health benefits, saccharin is also known to have several health adversities. Recent experiments suggest that consuming artificial sweeteners like saccharin can increase appetite, consumption of food, high-calorie intake and thus weight. One recent study that was carried out on around 78,694 women found that those using artificial sweeteners in amounts more than the suggested levels, have shown to gain about 2 pounds of average body mass (0.9 kgs) more than non-users. Moreover, several dieticians suggest that high consumption of a component called sucralose, found in high proportions in saccharin and aspartame may disturb the proper functioning of bacteria in the gut. Besides, heavy saccharin in your body can also increase the risk of developing several harmful diseases like obesity, type 2 diabetes, inflammatory bowel disease (IBM), glucose intolerance, and cancer (4 Trusted Source).