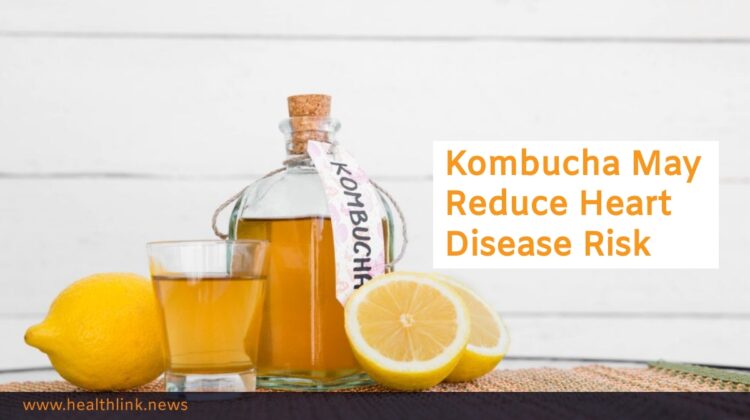 We have often heard a term called Kombucha.

But what exactly is it?

Well, Kombucha is a fizzy sweet-and-sour drink prepared with tea. There are several claims of kombucha being the magic drink that can provide relief or help in the prevention of a variety of health problems, everything from hair loss to cancer and AIDS. Although, these claims lack evidence but still drinking kombucha can be beneficial for your health.

Kombucha is an ancient drink that originated in china spreading its magic to Japan and Russia. Kombucha is known to be around for nearly 2,000 years. Europe also saw its popularity in the early 20th century. Kombucha is popularized due to its several health benefits and thus its popularity has hit skyrocket as a healthy and energy drink.

The basic ingredients in kombucha are yeast, sugar, and black tea. The mix is set aside for a week or more. During that time, bacteria, and acids form in the drink, as well as a small amount of alcohol. This process is known as fermentation, and it’s similar to how cabbage is preserved as sauerkraut or kimchi, or how milk is turned into yogurt.

These bacteria and acids form a film on top of the liquid called a SCOBY (symbiotic colony of bacteria and yeast). You can use a SCOBY to ferment more kombucha.

Here are the top 8 kombucha health benefits, based on scientific evidence.

1. Kombucha is a Potential Source of Probiotics

Kombucha, a type of tea that originated in China or Japan made from specific strains of bacteria, yeast, and sugar to black or green tea, fermented for a week or more making it probiotic.

A mushroom-like film is seen on the surface of the liquid formed by the bacteria and yeast. This is the reason you might hear some people calling it “mushroom tea.” You can ferment new kombucha with this blob which is a living symbiotic colony of bacteria and yeast, or a SCOBY.

As the fermentation process forms acetic acid (found in vinegar) and other acidic compounds it marks the level of alcohol and gases making it carbonated.

It is believed that kombucha is enriched with many species of lactic-acid bacteria that functions as probiotic. Still, it lacks enough evidence. A huge quantity of bacteria is produced in the mixture.

Probiotic is great at keeping your gut surrounded with healthy bacteria which functions in improving various forms of health, including digestion, inflammation, and even weight loss.

Including kombucha in your diet might be beneficial for your body keeping it healthy.

2. Kombucha May Provide the Benefits of Green Tea

Green tea is significantly renowned due to its various health benefits. It contains several bioactive compounds, such as polyphenols, that efficiently function as powerful antioxidants in the body.

Some studies have reported a reduced risk of prostate, breast, and colon cancer among those who regularly drink green tea.

Antioxidants are known for their ability to fight free radicals, reactive molecules that can severely damage your cells. This rich antioxidant can be found in Kombucha. Anything, when eaten directly from its natural source, will carry better results. Similarly, antioxidants found in food and beverage is much better than any antioxidant supplements.

Studies conducted on rats revealed liver toxicity can be reduced by at least 70% caused by toxic chemicals by consuming kombucha tea daily. Kombucha is great for its antioxidant effects on lives especially when prepared with green tea. (1Trusted Source)

Although it lacks evidence as there is no significant human study conducted. However, we are still left with a promising area of research that can benefit lots of people.

Kombucha tea’s primary important step is fermentation which aids in the formation of acetic acid, also abundant in vinegar.

Kombucha is best in its form when made from black or green tea which has a rich element of antibacterial properties that fight against infection-causing bacteria and Candida yeasts.

The death rate of heart disease is soaring high in today’s world.

Tea (especially green tea) is known to be super healthy for us and protects LDL cholesterol particles from oxidation which is generally considered to be a major reason behind heart disease.

As per some studies conducted for 30 days on rats, kombucha tea has shown significant improvement in the two markers of heart disease “bad” LDL and “good” HDL cholesterol. (2Trusted Source)

Generally, people who consume green tea are likely to be benefitted up to a 31% lower risk of developing any heart disease. Similarly, these properties are evident in kombucha tea as well. (3Trusted Source)

Kombucha tea is great for people diagnosed with type 2diabetes, which is a major concern as it affects almost 300 million people worldwide. It is characterized by high blood sugar levels and insulin resistance.

A study conducted on diabetic rats revealed that consuming kombucha aids in slowing down the digestion of carbs that results in reduced blood sugar levels. Kombucha is also remarkable when it comes to liver and kidney functions. (4Trusted Source).

Green tea has properties to reduce blood sugar levels. So, considering kombucha made from green tea can be an excellent choice.

Nevertheless, more research is required to know about the benefits of kombucha for diabetes.

7. Kombucha May Help Protect Against Cancer

Cancer is a life-threatening disease and the world’s leading cause of death. It is characterized by cell mutation and uncontrolled cell growth.

The test tube studies helped in detecting how kombucha can come to the rescue in the prevention of the growth and spread of cancerous cells because of its high concentration of tea polyphenols and antioxidants. (6Trusted Source)

Kombucha still lacks evidence about the fact whether it has any anti-cancer effects in people or not. Therefore, more research is required in this field.

8. Kombucha Is Healthy When Made Properly

Kombucha is enriched with probiotics with budding health benefits. Kombucha can be acquired from stores or prepared at home. However, one needs to pay extra attention while preparing it.

If the kombucha gets contaminated or over-fermented, one can face serious health problems which can even result in fatality. Homemade kombucha is known to have 3% of alcohol in it. (8Trusted Source)

The best and safe option is to get your hands on store-bought kombucha as they are delicious and do not contain alcohol or just 0.5% alcohol. (9Trusted Source)

Be aware to check the ingredients thoroughly to avoid any discrepancy or added sugar.

Kombucha preparation requires dedication and massive attention as the procedure involves letting bacteria grow in a liquid that will be consumed by humans. Some bacteria are super great and efficient for your healthy body like probiotics, however, if not prepared carefully, these bacteria can turn into harmful bacteria or mold.

Consuming kombucha has several health benefits. However, the consumption of kombucha has some cases of illness and at least one death since the mid-1990s. The major life-threatening ailments are liver problems, lactic acidosis (a buildup of lactic acid in the body), allergic reactions, and nausea.

Some research center has advised against the consumption of kombucha due to the involvement of risks, contamination, and little proof of benefits.