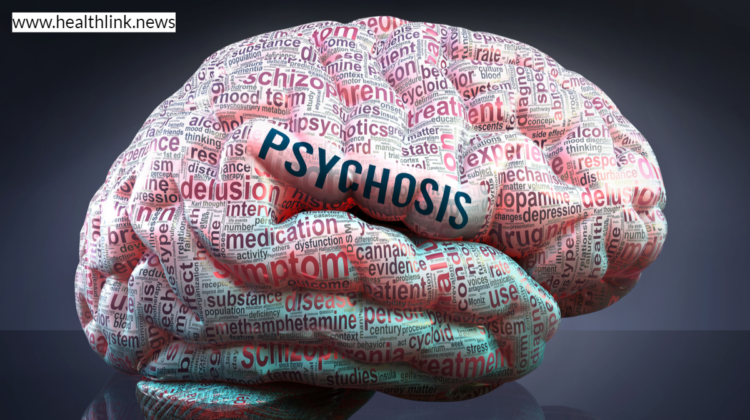 What do you understand by psychosis?

Psychosis is a severe mental health condition. It can be a symptom of another mental health condition, or it can be the main disorder. In either case, psychosis can prevent you from relating to other people or the real world around you correctly. Psychosis includes delusions and hallucinations and can affect your ability to manage everyday life and behavior.

A hallucination is a type of sensory experience that occurs within the absence of an actual stimulus. For example, someone may hear their mother yelling at them when their mother is not around or see a person in front of them who is not there.

A person experiencing psychosis may have thoughts that are contrary to actual evidence. These thoughts can be considered delusions when they are based on incorrect perceptions and are not part of an individual’s normal mental functioning. Three main types of delusions include hallucination, which is seeing or hearing things that are not there; delusional perception, which means experiencing something as real when it is not; and delusion of control, in which an individual believes someone or something else is controlling their behavior.

Psychosis is a common symptom of serious mental illness. Psychosis makes it hard for people to tell what is real and what is not. These experiences can be frightening. They may also cause people who are experiencing psychosis to hurt themselves or others. Asking for help as quickly as possible can help manage symptoms during an episode and lead to better treatment.

How to Recognize the symptoms of psychosis

Sometimes, people with psychosis will have periods of time when they have no symptoms. But when symptoms do develop, it is important to know the warning signs so that treatment can begin as early as possible.

Warning signs that can be seen before psychosis develops include:

If you or someone you know is experiencing an episode of psychosis, the main symptoms include Hallucinations, delusions, disorganized behavior (behavior that does not seem to make sense, or that is impulsive), negative symptoms (having no emotion, lack of interest in activities previously enjoyed, and ungroomed appearance), and catatonia (a “frozen” appearance).

Psychosis is known as a symptom of both schizophrenia and bipolar disorder, which may include confused and disturbed thoughts. Those who experience psychotic episodes may often have rapid speech patterns or switch topics mid-sentence without explanation. Psychosis can also present itself through random pauses, or by freezing abruptly in conversation.

What are delusions and hallucinations?

Delusions and hallucinations are different symptoms that can be experienced by people with psychosis. Delusions seem real and true to the person experiencing them, while hallucinations occur when something seems real and not real at the same time, such as seeing or hearing things other people do not see or hear.

What are the Causes of psychosis?

The causes of psychosis can be different for everyone. The exact cause is not always clear, and there are many different types of psychosis. Illnesses that cause psychosis include schizophrenia, bipolar disorder, and some brain diseases like Alzheimer’s disease and stroke. Other common triggers include drug use, lack of sleep, and other environmental factors. In addition to these factors, there are also certain situations that may lead to specific types of psychosis developing such as childhood trauma or abuse, extreme stress, or traumatic events.

In general, some of the factors involved in psychosis are genetics and trauma. Some people who have experienced trauma, such as a death, sexual assault, or living through a war, may develop symptoms of psychosis. Certain drugs like LSD and amphetamines have been linked to instances of psychosis in some people. In many cases, mental health conditions like schizophrenia play a role in psychosis.

What are the Risk factors for developing psychosis?

While we cannot predict who will develop a psychotic disorder, research shows that genetics might play a role. For example, people are more likely to develop a psychotic disorder if they have a close family member, such as a parent or sibling, who has one. The most common type of genetic change found in people with psychosis involves the 22q11.2 deletion syndrome gene. This genetic mutation is also more common among people with autism spectrum disorders.

Organic psychosis is a mental disorder caused by brain injury, illness, or infection. It can cause symptoms of psychosis-like schizophrenia, such as extreme paranoia and hallucinations.

Brief psychotic disorder, sometimes called brief reactive psychosis, can occur during periods of extreme personal stress like the death of a family member. It is believed to be caused by an abnormal reaction to stress hormones and neurotransmitters in the brain.

Drug- or alcohol-related psychosis can cause a person to hear voices, see things, and lose touch with reality. It is a typical symptom in the early phase of schizophrenia or bipolar disorder. Some psychotic symptoms can be triggered by alcohol or drugs (including stimulants like methamphetamine), including hallucinogens like LSD.

Psychotic disorders are mental illnesses that cause you to lose touch with reality and experience voices, hallucinations, or delusions. Stress, drug or alcohol use, injury, or illness can trigger psychotic symptoms that may appear as:

A person with delusional disorder strongly believes in things that are not real, even when presented with opposing evidence. People with this disorder also have an inability to discern what is real and what is not.

Symptoms of schizophrenia can be difficult to recognize and understand because they are a wide range of abnormal behaviors. Schizophrenia affects males more frequently than females.

How to diagnose psychosis?

To diagnose psychosis, a doctor will conduct a psychiatric evaluation of the person. This may involve asking questions about what they are experiencing and watching their behavior. Sometimes medical tests or X-rays may be done as well.

Diagnosing psychosis in children and teenagers

The symptoms of psychosis in adults are not often the same as those in children and adolescents. For example, young children often have imaginary friends with whom they talk. But it is best to describe their behavior to a doctor if you are worried about psychosis in a child or adolescent.

Many people can improve their symptoms of psychosis with a combination of medications and therapy. While it can be difficult, it is important to stick with treatment so that your symptoms can come under control.

Medication can be helpful in treating symptoms of schizophrenia. Antipsychotic medications like risperidone and olanzapine help reduce hallucinations and delusions. Sometimes, these medications are prescribed along with other treatments such as psychotherapy to help people manage their condition in the long term.

Cognitive-behavioral therapy (CBT) is a type of mental health therapy. It works by changing your thinking, emotions, and actions to feel better. Your therapist will meet with you regularly to talk about your thoughts, feelings, and behaviors. Together, you can work to fix unhealthy patterns that contribute to your symptoms. CBT is effective in helping people better manage their mental health conditions.

Rapid tranquilization is a safe and effective way to calm and soothe someone having a psychotic episode. The rapid tranquilizer works by blocking neurotransmitters in the brain that are responsible for producing hallucinations, paranoid delusions, and other symptoms of psychosis.