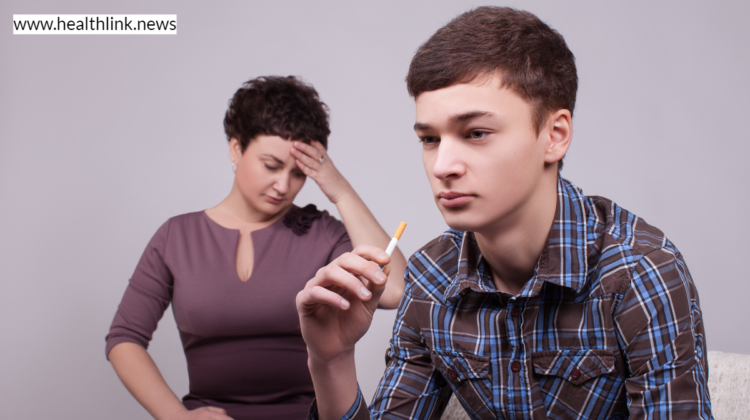 Children and cigarette smoking are one of the deadliest combinations. Usually, all forms of tobacco habit begin and progress during adulthood. Figures and data depict that about 90% of adult smokers started smoking when they were children. Another interesting fact is that 0% of adults embrace smoking after the age of 26. According to a study, each day in the United States, over 3,200 children of age 18 or younger have their first cigarette. If the same data persists, the consequences will be so harsh that about 8% of today’s kids will die prematurely because of smoking-related diseases.

The reason behind kids smoking

There are several reasons behind Youngsters smoking. The first and foremost reason is the psychology of kids to become adults as soon as possible. They think by smoking they would be counted as grown men. Similarly, another reason is the childhood urge of being cool amongst their friends.  Also, based on their egocentric nature, sometimes they believe that by smoking they can look tough, smart, independent, and more efficient in decision making. Some smoke it just because they feel it is normal as most of the people around do so. However, some could start because of school burdens and other family stresses.

Problems that Smoking Cause

Cigarettes or other smoking tools contain chemical nicotine that is as addictive as heroin and cocaine. Once a kid smoke, within a few days he/she gets addicted, and it is so hard to get rid of this. Even his/her bowel movement and sleep cycle are affected badly. Apart from this, smoking poses a serious health hazard and could affect many body organs including the throat, heart, and lungs. It irritates the lining and dries the throat, which makes it difficult to gulp. Also, it heats coming out from cigarettes could burn the throat and change the voice. On the heart, it has the deadliest effect including blood pressure, tightening of major arteries, and increased heart rate which could lead to heat stroke. Talking about the lung-related problems it increases the chances of chronic obstructive pulmonary disease (COPD) including emphysema and chronic bronchitis, which could cause lung cancer. Last but not least, it can cause all types of cancer including throat, lung, stomach, and even bladder.

How to know that your child is smoking?

The smoke constituent includes several heavy gasses with intense characteristic smells such as carbon monoxide (CO), hydrogen cyanide (HCN), nitrogen oxides formaldehyde, and benzene. These glasses could be absorbed by surrounding clothes, curtains, and blankets. One can simply smell and find out if their child is smoking or not. Another sign is frequent coughing. However, there could be other reasons for coughing. Bad breath is also one of the major signs of smoking as the smell remains in the mouth for a longer time. Kids who smoke usually use mouth fresheners to avoid these smells. Sometimes, short breaths could be the reason behind smoking. As smoking reduces athletic performance, parents could get on alert if their child suddenly starts to have decreased athletic performance. It is also seen that children who smoke are more susceptible to cold. Other signs such as stained teeth and burned cloth also could be visible signs.

It is recommended to not overreact if you notice any of these signs of smoking in your child. The best strategy is to ask your child regarding it. These signs could not give a hundred percent surety. For instance, finding smoke spots/smells on their clothes may mean your child has friends who smoke. It could also mean that your child has just tried a cigarette to check the taste. It does not mean that he/she is going to continue as many kids do.

How to talk to kids

It is recommended to start a dialogue regarding smoking at an early age, 5-6. At this age, children are very much interested in knowing what they see and what their effects are. This dialogue must continue through the high school years, as in those years children get a chance of smoking with their peers. Also, during school days, kids have an excellent ability to adopt surrounding habits (good/bad). According to a study, many children start smoking by age 11, and they get addicted by the age of 14. This is the reason. It is a very crucial time for parents to talk to their children about this. It is recommended to talk about smoking before school, after dinner, or on the way to school rehearsals.

While talking, parents should ensure that their children comprehend the potential hazard of smoking. Because at this stage, most kids are not aware of health risks and their seriousness. Thus, it is necessary to explain the consequences of cancer, heart-related problems, lung disease, coughing, throat irritation, increased heart rate, blood pressure, COPD, bronchitis, and emphysema which are caused by smoking. In addition, it is helpful to ask kids about their thinking about self-harm as well as

Recommended ways to prevent your kids from smoking

There are several NGOs and government agencies that conduct programs to get rid of smoking. It includes poster presentations, seminars, workshops, Nukkad Natak, and other means to explain the consequences of this habit. It is recommended to encourage your kids to take part in such extracurricular activities so that they would have a sound knowledge regarding this. Also, several short videos and articles are also available that could be referred to by parents.

It is not necessary to talk about smoking directly. There could be various ways to demonstrate to them the dangers of smoking. Sadly, it is common in our society that someone dies because of lung/heart disease caused by smoking. At those times, it is important to let your child know the hidden reason behind that demise.

As discussed previously, children have the habit of fantasizing about things even if they are harmful to them. Sometimes they find a new habit very appealing without a reason. Unfortunately, smoking is one of them. So, it is helpful if you ask your children whether they find smoking appealing or non-appealing and why.

At those ages, kids do most of their activities by just watching their peers. If anyone in their friend circle starts smoking, then it is likely that others start because of peer pressure. Even they make fun of me for not doing so. Thus, it is better to discuss how to reply to their peer pressure regarding smoking.

If you know that your kids’ groups smoke. You must encourage your kids to walk away from those groups who do not consider their reasons for not smoking. It is not just helpful to prevent smoking habits but also minimizes the chances of passive smoking.

At the childhood stage, it is easy to mold your children as you wish. Inspire them to become a person full of ethics and discipline. In this way, you can make strong rules against smoking and other bad habits to keep your children away from these.

As smoking is a highly addictive habit, it is not easy to quit suddenly. In this case, smoking parents must let their children know about their smoking habits. Further, they should try to explain that they have made a mistake by starting smoking and will try to stop as soon as possible.

Last but not the least, it is highly recommended to avoid smoking in front of children. Try to place cigarettes out of their reach and never offer them in any case. These are the recommendations one should follow to get their children out of smoking.