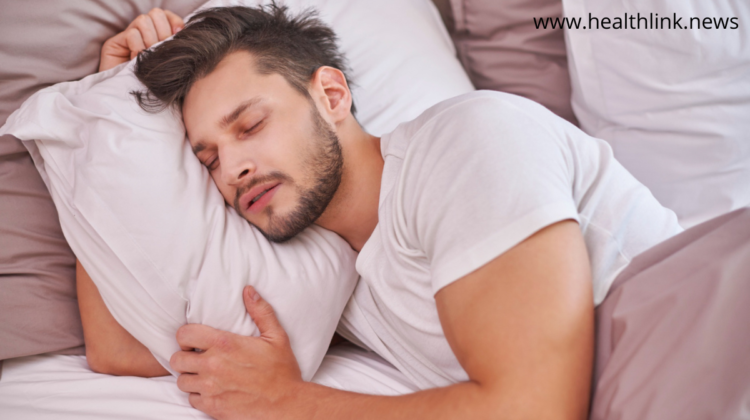 Sleep disorders often result from underlying conditions, so you may need to be tested for these conditions before a diagnosis of sleep apnea is made. Polysomnography is used to diagnose sleep apnea, breathing problems, and other breathing disorders. The polysomnogram is a comprehensive test used to diagnose sleep disorders. It documents brain waves, the oxygen level in your blood, heart rate and breathing, as well as eye and leg movements during the study. Through a series of different tests and observations, the doctor will determine whether your condition requires treatment. Polysomnography may be done at a sleep disorders unit within a hospital or at a sleep center. While it is typically performed at night, polysomnography is occasionally done during the day to accommodate shift workers who habitually sleep during the day.

If you want to be diagnosed with a sleep disorder, polysomnography may be used to help initiate or adjust your treatment plan. In addition, home sleep apnea testing uses a limited number of sensors to focus primarily on diagnosing obstructive sleep apnea (OSA).

Reasons For The Diagnose

Polysomnography is a method for evaluating sleep disorders. A polysomnogram (also called a sleep study) records the electroencephalograph, eye movement, and breathing patterns in people with sleep disorders. It can also be used to monitor treatment for insomnia or other health issues such as pain, fibromyalgia, narcolepsy, or epilepsy. There are different types of home sleep apnea test devices using different combinations of sensors. The Polysomnogram (PSG) test is a device that records your sleep patterns and provides information about your breathing and heart rate. It can also track other areas of your body, such as blood flow through the brain and body movements during sleep. Apart from this, other styles also incorporate information on blood vessel tone. Non-rapid eye movement (NREM) is the normal process of falling asleep that begins with sleep. During this stage, your brain waves, as recorded by electroencephalography (EEG), slow down considerably.

As you go through different stages of sleep, your brain works to make memories. During NREM sleep, the large areas of your brain that control motor functions slow down and become less active. Your eyes do not move back and forth rapidly during NREM, in comparison with the later stages of sleep. After an hour or two of NREM sleep, your brain activity starts up again with the beginning of rapid eye movement (REM) sleep. Most dreaming occurs during REM sleep. One can normally go through multiple sleep cycles a night, cycling between NREM and REM sleep in about 90 minutes.

With some observations your doctor may recommend a sleep study if the following conditions are noticed:

Polysomnography is a non-invasive, painless test that measures the brain’s electrical activity during sleep. During sleep, the brain almost stops thinking and turns off. Most patients do not report any side effects. The most common side effect is a skin irritation caused by the adhesive used to attach test sensors to your skin. Other side effects include minor changes in sleep patterns and some patients will occasionally experience soreness and swelling around their eyes or ears, which can be treated with over-the-counter pain medications.

How To Prepare For Test

Do not nap in the afternoon before a sleep study, unless your doctor says it is OKAY. Napping in the afternoon before your sleep study may be beneficial to some, but it is discouraged. Beware of lotions, gels, and makeup products that you have applied before your test, however, you can take a bath before the test. These products can interfere with the use of electrodes and make it difficult to conduct a successful sleep study.

You may need a polysomnography test if you have a sleep disorder, such as sleep apnea or narcolepsy. The team of specialists at our sleep center will carefully evaluate your health, including any issues that may be contributing to your symptoms. Polysomnography (PSG) is a special type of sleep study that uses a combination of brain activity monitors and recording devices to examine your brain waves and eye movements while you are asleep. You will be exposed to bright light while in this room, but it is safe and comfortable. You may bring items you use for your bedtime routine, and you can sleep in your own nightclothes. If you are having a home sleep apnea test, you should follow your regular bedtime schedule.

You will sleep in an individual sleep lab, with a mattress on a platform-style bed, which allows you to roll over and get up without disturbing your partner. The electrodes will be placed on your head, chest, and legs. A mild adhesive, such as glue or tape is used to attach the electrodes. The polysomnography technologist may also want to speak with you directly over the phone during the night if they feel there is something wrong with how you are sleeping.

Polysomnography technologists monitor you throughout the night. If you need assistance, you can talk to them through the monitoring equipment. During the study, the technologist may have you try a positive airway pressure (PAP) machine for sleep apnea. This is a device that consists of a tight-sealing nosepiece through which a gentle stream of air is delivered to enhance your breathing. Continuous positive airway pressure (CPAP) is one type of PAP machine.

A polysomnogram (PSG) is a multiple-component test that can accurately diagnose sleep apnea, a sleep disorder. When you undergo a PSG, you will be asked to record several things during the night: your weight, when you wake up and snoring. The recordings are analyzed by a qualified sleep specialist who uses the data to find out if you have sleep apnea or another type of sleep disorder.

Apart from this, there are other tests also such as: